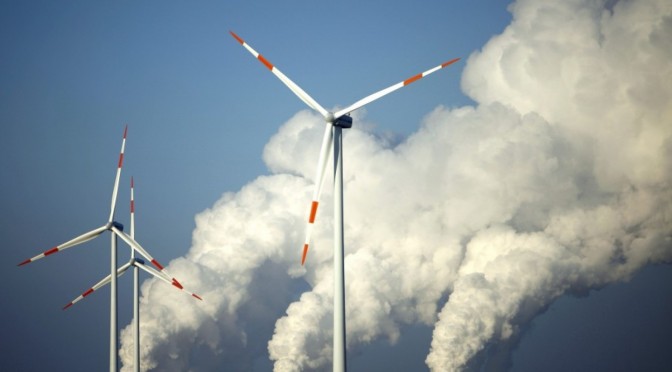 China, India, Morocco, Brazil and Turkey are just a few of the countries that have made post-2020 national pledges on the deployment of wind energy in the coming years. In all 70 countries have identified wind as a key climate mitigation technology.

Giles Dickson, Chief Executive Officer of the European Wind Energy Association, said: “The pledges from emerging markets in Asia, Africa and Latin America should read like an investment brochure for the wind industry in Europe. The EU’s export potential for wind and renewable technologies is vast. There could be a real opportunity here for Europe to cement its place as the number one manufacturer and supplier of wind power technology globally.”

Europe is already home to three of the world’s five largest wind turbine makers with installed wind capacity able to meet over 10% of electricity consumption across the continent. More broadly, renewable energy contributes €130 billion each year to the European economy with €35 billion coming from export revenues to countries outside the EU.

However, despite the clear economic benefits, the lack of ambition from EU countries on renewables post-2020 puts a big question mark over whether Europe will realise its huge export opportunities.

Dickson said: “The hard truth is that we go to Paris with long-term renewable energy pledges from India, China and Turkey, who have come forward with ambitious targets, while the UK, Poland, Spain and others have yet to outline their own plans beyond the next five years.”

He added: “Europe should be a torchbearer on climate and renewable energy ambition. The EU’s leadership in renewables must not be sacrificed due to a lack of ambitious policies from Member States. The wind industry alone supports 262,000 jobs across Europe. Political impetus could see those numbers grow over the next 15 years but a new renewables law is needed to underpin a vibrant home market.”