With over 1,600 megawatts (MW) of new wind capacity installed during the third quarter of 2015, and nearly 3,600 MW installed in all of 2015, wind power continues to gain strength. The release of the American Wind Energy Association’s (AWEA) U.S. Wind Industry Third Quarter 2015 Market Report today shows the market for low-cost wind energy continues to expand, with both Fortune 500 companies and American cities choosing to cut carbon pollution and cut costs with American wind power. 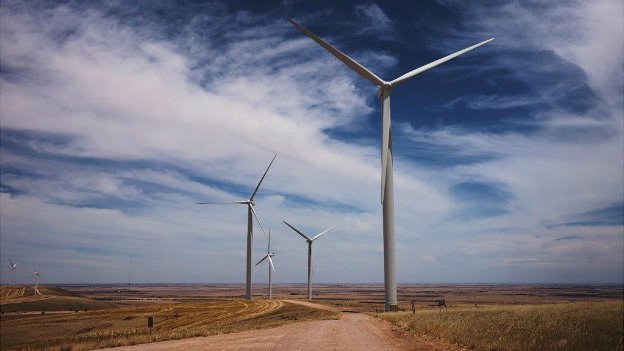 “We are on the cusp of greatness,” said Tom Kiernan, CEO of AWEA. “There are over $20 billion worth of wind farms under construction right now, creating well-paying jobs and spurring economic development in rural communities across the country. This growth is in jeopardy however, as continued policy uncertainty could throw the wind industry off yet another economic cliff.”

The U.S. Senate Finance Committee voted in May by a strong bipartisan margin of 23-3 for a “tax extenders” package that includes an extension of the primary federal tax incentives for expanding renewable electricity generation. However, Congress has yet to pass the bill, leaving the Production Tax Credit and Investment Tax Credit in doubt and making it extremely difficult to plan further investments in wind energy. Wind projects under construction currently are due to the start construction extension of the Production Tax Credit at the end of 2014.

For the year, the U.S. wind energy industry has installed more than double the MW installed during the first three quarters of 2014, according to AWEA’s market report. There is now over 69,470 MW of installed wind capacity across the U.S. – edging closer to the 70 gigawatt (GW) threshold. A near-record of more than 13,250 MW of wind capacity is under construction in the U.S., with an additional 4,100 MW in advanced stages of development.

Highlights from the third quarter include breaking ground on North Carolina’s first-ever wind farm. North Carolina adds to the list of states where advanced wind turbine technology is creating a “wind rush,” accessing faster, steadier winds at higher altitudes, which means they can generate more electricity affordably. Once the project is completed, it will be the largest in the Southeast, and will bring the total number of U.S. states with a commercial-scale wind farm to 40.

Corporate purchasers including Amazon and Hewlett-Packard, and U.S. cities including the District of Columbia all increased their investment in wind power during the third quarter of 2015 by signing power purchase agreements (PPAs) for low-cost wind energy. These long-term contracts help non-utility purchasers of wind to hedge against the risk of increasing fuel costs by locking in low, fixed-cost rates for wind energy output. These commitments also help companies and cities to achieve their internal carbon reduction targets.

“Wind power offers reliable homegrown electric power,” said Kevin Helmich, Managing Director, Midwest and Eastern Origination, Iberdrola Renewables. “We are excited that large consumers, such as Amazon and the District of Columbia Government, are now accessing the benefits associated with renewable energy and passing those along to customers and constituents. We encourage Congress to continue affording those opportunities by extending the renewable production tax credit to enable the construction of thousands of additional megawatts to serve consumers large and small with affordable, clean power.”

Just this week, Procter and Gamble announced it would buy 80 percent of the output from a 123-MW wind farm under development in Muenster, Texas. “At P&G, when it comes to sustainability, actions speak louder than words and this move is a significant milestone in delivering that promise,” said Shailesh Jejurikar, North America Fabric Care President for Procter and Gamble, in making the announcement. “It is incredible that the wind farm will generate enough electricity for all our P&G Fabric and Home Care plants.”

The third quarter also saw the commissioning of two utility-scale wind projects with corporate purchaser investments from Microsoft and Wal-Mart, adding to the list of successful U.S. companies choosing to invest in utility-scale wind farm projects because it allows them to meet internal sustainability goals and save money over the long term.

“There are more corporations, universities and municipalities interested in buying renewable energy today than ever before,” said Charles Esdaile, Managing Partner, Altenex LLC, which facilitates such deals. “They understand that there is real potential for wind energy to help reduce their overall energy costs and improve the environmental performance of their operations. This trend will continue as long as the wind industry is able to continue to provide high quality, competitively priced options.”

Transmission and policy uncertainty prevent U.S. from obtaining all of wind’s benefits

However, there continue to be barriers to spreading wind energy’s low-cost benefits to all corners of the country.

Access to ample transmission infrastructure is an important catalyst for future growth of wind energy. Transmission can provide consumers with access to America’s best wind resources. The Competitive Renewable Energy Zone (CREZ) lines in Texas helped to spur the ongoing wind rush in that state, and grid operators across the Plains and Midwest have followed suit by modeling transmission policies after Texas’s success.

“Building new transmission infrastructure is essential to enabling more low-cost wind energy to power American homes and businesses,” said Michael Skelly, Founder and President of Clean Line Energy. “With more transmission, we can bring wind energy from areas where it’s abundant and cheap to areas where it’s needed. It’s an exciting time for the wind industry as there are new transmission projects—currently awaiting decisions from federal authorities—that will bring about thousands of megawatts of new wind development.”

Policy uncertainty also continues to stand in the way. While the industry is gaining strength now, wind installations dropped 92 percent in 2013, the last time Congress did not provide wind power with policy stability, causing our economy to lose $23 billion and nearly 30,000 well-paying jobs.

“Extending the Production Tax Credit and the Investment Tax Credit this year for the longest practical term will help wind power grow our economy and deliver more savings to American homeowners and businesses,” said Kiernan.

Last month, over 2,000 business voices urged Congress to extend federal tax provisions, including the renewable energy tax credits, this year because they are “critically important to U.S. jobs and the broader economy.” Earlier this month, 580 clean energy companies representing a broad coalition of clean energy technologies sent a letter to Congress calling for an extension of the renewable energy tax credits in order to “help build the economy, create jobs, and deliver a safer, healthier energy future.”