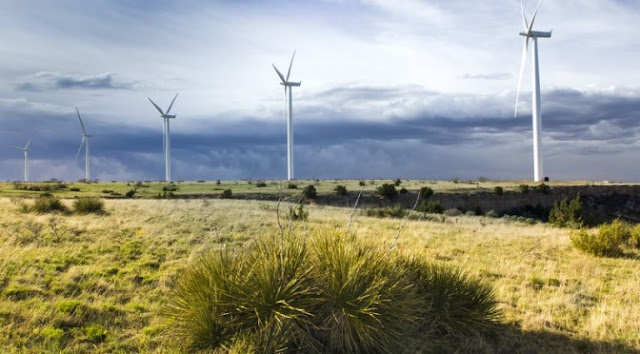 “Logan’s Gap Wind is our fourth operational wind power facility in Texas and we are now serving three different regions throughout the state,” said Mike Garland, CEO of Pattern Energy. “We continue to bring new facilities online both on time and on budget, demonstrating our ability to execute on our growth strategy. We are pleased to be working with one of the leading corporations in the world as it acquires renewable energy and lowers its carbon footprint. We are increasingly partnering with America’s leading companies as they recognize that wind power, which continues to decline in cost, is both good for the environment and good for business.”

“Walmart has a goal to be supplied by 100 percent renewable energy, and sourcing from wind energy projects — like the Logan’s Gap Wind Facility — is a core component in the mix,” said Mark Vanderhelm, vice president of energy for Walmart. “The energy we’ll procure from this facility represents nearly one-fifth of the U.S. portion of our goal to source seven billion kilowatt hours of renewable energy by 2020. That’s a significant leap forward on our renewable energy journey.”

Pattern Energy has an owned interest of 164 MW in the facility and four institutional tax equity investors have acquired the balance. The facility is financed with all equity rather than project debt.

An average of 250 workers were on site during construction with up to 550 workers on site during peak activity. There are 12 full-time permanent workers to operate and maintain the facility. Consisting of 87 Siemens 2.3 MW wind turbines, with a total capacity of 200 MW, Logan’s Gap Wind will create enough clean energy to power 50,000 homes in Texas each year, according to average annual residential energy use data from the U.S. Energy Information Administration.

Located in ERCOT’s North Zone, the Logan’s Gap Wind facility connects to Oncor’s 138kV ComancheZephyr line, which crosses the facility site and supplies power to the Dallas-Fort Worth area.

Pattern Energy Group Inc. is an independent power company listed on The NASDAQ Global Select Market and Toronto Stock Exchange. Pattern Energy has a portfolio of 16 wind power facilities with a total owned interest of 2,282 MW in the United States, Canada and Chile that use proven, best-in-class technology. Pattern Energy’s wind power facilities generate stable long-term cash flows in attractive markets and provide a solid foundation for the continued growth of the business.