ACCIONA Energía will construct the biggest photovoltaic plant in Latin America -El Romero Solar- in Chile, with an investment of 343 million dollars (307 million euros at current exchange rates). Located in the Atacama Desert, it will have a maximum capacity of 246.6 megawatts (MWp) -196 MW rated power-, making it one of the ten biggest photovoltaic complexes in the world to date. 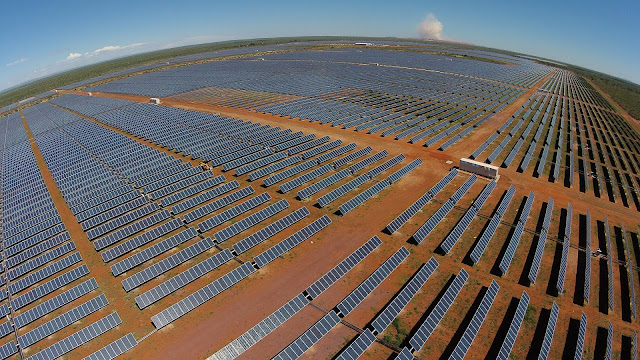 Construction work on El Romero Solar will begin soon, with a view to start-up in mid-2017. This will enable the company to cover a large part of its commitment to supply 600 GWh of electricity from renewable sources to distribution concession holders in the Central Interconnected System (SIC) from 2018 onward. This capacity, awarded in a tender in 2014, will represent an investment of around 448 million euros (US$ 500 million) for ACCIONA.

The power produced in the plant will be used to cover other renewables-based electricity supplies in the country.

The new photovoltaic plant, located in the municipality of Vallenar (Region of Atacama) 645 km north of the capital Santiago, will produce around 505 GWh of clean energy a year, equivalent to the electricity demand of 245,000 Chilean homes and avoiding the emission of approximately 485,000 metric tons of CO2 to the atmosphere every year from coal-fired power stations.

ACCIONA Energía CEO Rafael Mateo points out that “the start of construction work on El Romero Solar is a very significant milestone, one that will enable us to respond to our commitment to supply renewables-based power in Chile and strengthen our role in the country’s energy sector. We are very pleased to contribute to the availability of clean, quality energy in Chile through what will be our biggest photovoltaic plant in the world”.

The El Romero Solar plant will cover 280 hectares in the Atacama Desert, one of the driest places on the planet. It has a high level of solar radiation and very clean air, which facilitates the capture of the sun’s energy. These factors have been crucial in the installation of astronomical observatories in the area.

The plant will be equipped with 777,360 polycrystalline silicon photovoltaic modules, making up a solar capture surface of over 1.5 million m2 (equivalent to 211 professional soccer pitches). The panels will be installed on static metal structures which, if lined up, would have a total length of over 111 kilometers. 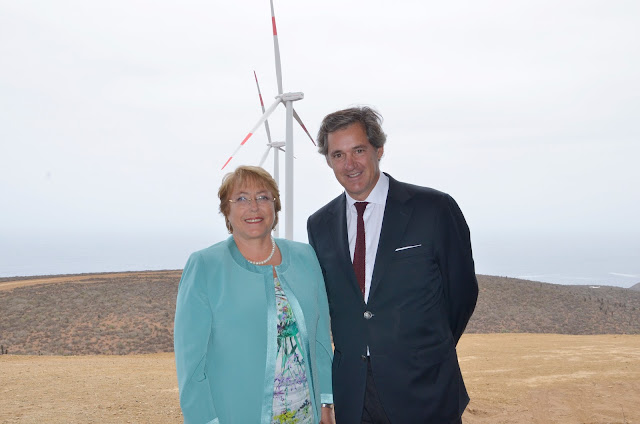 El Romero Solar will be the second asset owned by ACCIONA Energía in Chile after the 45 MW Punta Palmeras wind farm located in the region of Coquimbo.

ACCIONA Energía is also carrying out projects for third-party customers in Chile. It has built the first phase of the 7.2 MW Pampa-Camarones photovoltaic plant for the developer E-CL (GDF-Suez Group) and has other projects in its portfolio.

For its part, ACCIONA Windpower has supplied fifteen AW116/3000 wind turbines for Punta Palmeras. They have the highest operational capacity of all the turbines in Chile. In previous years the company manufactured forty AW1500 turbines for a wind farm owned by third-party customers.

As a group, ACCIONA has been present in Chile since 1993, initially through its Infrastructure Division with major projects to build highways, hospitals, hydro plants and other infrastructure for the mining sector. In the water business, ACCIONA designed and built a large desalination plant for the mining industry (Copiapó). It also undertakes the operation and maintenance of other plants and has constructed several wastewater treatment plants.

Learn more about ACCIONA in Chile

ACCIONA Energía has more than 15 years’ experience in the design, construction and operation of large photovoltaic plants. During this period it has installed 24 plants with a total capacity of 234 MWp, of which it owns 143 MWp, and has installed 91 MWp for third-party customers.

Among them, it is worth highlighting the Sishen (94.3 MWp) plant in South Africa. It was grid connected in December 2014 and has the highest production level of the entire African continent. Then there is the Amareleja plant in Portugal, with 45.78 MWp. Therefore, El Romero Solar will be the biggest PV plant installed to date by ACCIONA Energía and will easily surpass twice the capacity installed by the company in this renewable technology so far.