Hitachi plans to expand its reach into the market for offshore wind projects by adding a production line to make key turbine parts used in some of the largest wind-generation systems currently available. 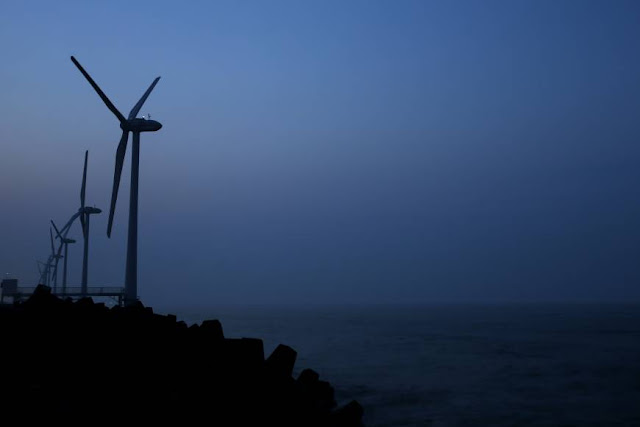 The Tokyo-based company is considering adding a line to produce nacelles for 5-megawatt wind-power systems by the end of March 2016, Hisahiro Sakai, a spokesman for Hitachi, said by phone Wednesday. A nacelle is the boxlike component that sits atop a wind turbine’s tower.

The move comes as Japan’s policymakers, manufacturers and project developers test the case for wind projects along the nation’s coastline and beyond. The largest wind turbines are typically used in such locations due to the strong winds that blow there.

The line will be set up at a plant in Ibaraki Prefecture where nacelles for 2-megawatt power-generation systems are currently made, according to Sakai. The Nikkei newspaper reported earlier that Hitachi will invest several billion yen for the additional line. Sakai declined to comment on costs.

Japan is expected to add as much as 260 megawatts of offshore wind capacity within the next five years, according to a Bloomberg New Energy Finance forecast, which analyzed trade ministry data.

Hitachi’s 5-megawatt system has advantages over upwind turbine systems “in terms of reliability and cost effectiveness for offshore wind projects, and is suitable for Japan’s environment,” said Takehiro Kawahara, an analyst for BNEF.