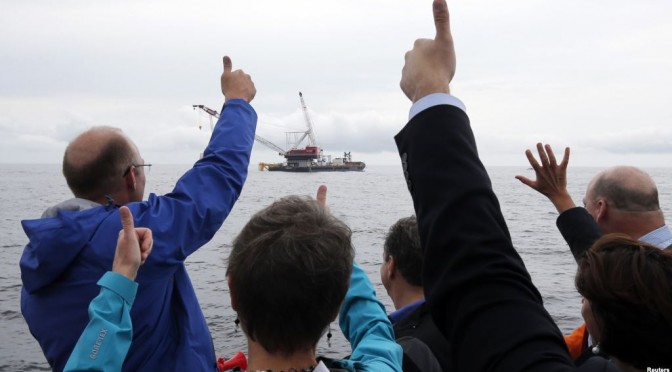 Construction has started on the first U.S. offshore wind turbines, a small Atlantic Ocean project off the country’s northeastern coast, after years of protests have halted bigger wind farms elsewhere. 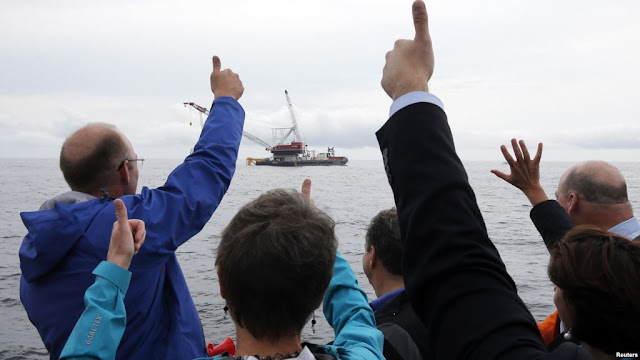 Elected officials and Deepwater Wind executives cheer during a ceremony to mark the installation of the first jacket support structure for a wind farm in the waters of the Atlantic Ocean off Block Island, Rhode Island,

U.S. Interior Secretary Sally Jewell called the start of the five-turbine project a “pioneering moment.” She visited the site by boat Monday, located about five kilometers from Block Island, a summer tourist destination in the state of Rhode Island.

When finished late next year, the wind farm is expected to power electricity for 17,000 homes, including the thousand people who live on the island and many others on Rhode Island’s mainland.

Offshore wind farms are a mainstay of the European power grid, with 2,500 turbines connected to the continent’s grid, more than 20 years after the first one was introduced off Denmark.

Numerous projects have been proposed in the U.S. off its Atlantic and Pacific coasts, but a variety of protests have blocked construction.

Some officials have complained about the cost of constructing the turbines, environmentalists have objected to the impact on birds and whales and wealthy coastal homeowners have complained that their views of the ocean would be diminished by the offshore wind turbines.