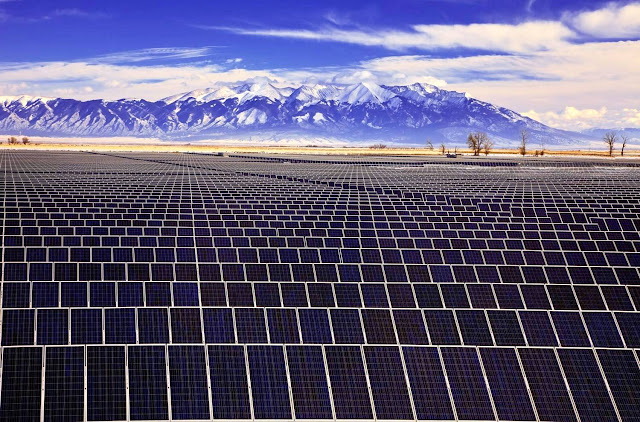 In connection with SunEdison’s proposed acquisition of Vivint Solar, SunEdison has entered into a definitive purchase agreement with a subsidiary of  TerraForm Power which, concurrently with the completion of SunEdison’s acquisition of Vivint Solar, will acquire  Vivint Solar’s rooftop solar portfolio, consisting of 523 megawatts (MW) expected to be installed by year-end 2015, for $922 million in cash (TERP Purchase Agreement).  The 523 MW of residential solar projects are expected to provide a 10 year average unlevered CAFD of $81 million, and provide a ten-year average levered cash-on-cash yield of 9.5 percent.

“SunEdison’s acquisition of Vivint Solar is a logical next step in the transformation of our platform after the successful execution of our First Wind acquisition in January 2015,” said Ahmad Chatila, SunEdison chief executive officer and TerraForm Power chairman. “We expect the Vivint Solar transaction to create significant value for our stockholders through the accretion in our TerraForm Power ownership, the acceleration of our Incentive Distribution Rights and an immediate expansion of our capacity and bandwidth to grow our residential business in the U.S. and globally. As of the fourth quarter of 2015, our organic growth and recent acquisitions will put SunEdison on track to deploy more than 1 gigawatt per quarter.”

“This transaction with SunEdison delivers to Vivint Solar’s stockholders excellent value for the business we have built over the last four years,” said Greg Butterfield, Vivint Solar’s chief executive officer. “SunEdison and TerraForm Power have built a unique model that recognizes the value of long-term, predictable, contracted cash flows from our residential solar portfolio while providing access to a broad pool of financing at an attractive cost of capital.  We are excited to join the SunEdison residential and small commercial team which has successfully developed a wide range of channels complementing those at Vivint Solar, both in the U.S. and globally.”

“TerraForm Power is excited to expand our residential solar portfolio with the acquisition of Vivint Solar assets, including 523 MW, which will accelerate our growth in this segment,” said Carlos Domenech, TerraForm Power’s chief executive officer.  “Vivint Solar’s profile of cash available for distribution is attractive and aligned with TerraForm’s growth profile, and the team has proven its ability to scale rapidly and successfully.  With immediate accretion to our stockholders at initial drop down and the predictable flow of drop down assets into the future, we see this acquisition as creating substantial value for our stockholders.”

“We are pleased by the tremendous success of Vivint Solar, which the exceptional management team has built into one of the leading providers of distributed solar energy in the United States in just four years,” said Peter Wallace, Vivint Solar’s board chairman and Blackstone’s senior managing director.  “It is a testament to the strength of the Vivint platform, enabling customers to live life more intelligently.  We believe this transaction positions the company’s asset portfolio for accelerated future growth as part of SunEdison and TerraForm Power.  We look forward to participating in its future success as a significant investor in SunEdison going forward.”

The number of SunEdison shares to be received by Vivint Solar stockholders in the merger will be determined based upon the volume weighted average price per share of SunEdison common stock for the 30 consecutive trading days ending on (and including) the third trading day immediately prior to completion of the merger (the “Measurement Price”), subject to a collar.  As a result of the collar, Vivint Solar stockholders will receive no more than 0.120 shares of SunEdison common stock and no less than 0.098 shares for each of their Vivint Solar shares.  As part of the merger consideration, Vivint stockholders also will receive five-year notes convertible into SunEdison shares, which will be issued by SunEdison pursuant to an Indenture between SunEdison and a trustee.  The convertible notes will be issuable only in registered form without coupons and will be direct, unsecured, senior obligations of SunEdison.  The conversion price for these convertible notes will be 140 percent of the Measurement Price (but the Measurement Price may not exceed $33.62 or be lower than $27.51).  The convertible notes will bear interest at a rate of 2.25% per year, payable semiannually in arrears in cash.

The merger requires the approval of Vivint Solar stockholders.  313 Acquisition LLC, which owns approximately 77 percent of the outstanding Vivint Solar shares, has entered into a voting agreement with SunEdison pursuant to which 313 Acquisition LLC has agreed, among other things, to vote in favor of the adoption of the merger agreement, subject to certain termination events, including, among others, termination of the merger agreement.  In addition, 313 Acquisition LLC has also executed a lock-up agreement that imposes certain restrictions on its ability to sell or transfer directly or indirectly, any of the SunEdison convertible notes issued to it in the merger or any SunEdison common stock that is received upon a conversion of the SunEdison convertible notes for a specified period of time following the closing of the transaction.

The merger is subject to the notification and reporting requirements under the Hart-Scott-Rodino Act, registration under the Securities Act of 1933 of the SunEdison common stock and convertible notes to be received by Vivint Solar stockholders in the merger, and the satisfaction of other customary closing conditions.  The transaction is expected to close in the fourth quarter of 2015.

To support the merger transaction, SunEdison has entered into a commitment letter with Goldman Sachs Bank USA for a $500 million secured term loan facility to be provided to a wholly-owned, indirect subsidiary of SunEdison which will hold certain development assets of the expanded SunEdison RSC platform after the merger with Vivint Solar.  The funding of the term facility is subject to customary conditions, including the negotiation of definitive documentation and other customary closing conditions.

SunEdison, Vivint Solar and TerraForm Power will discuss the transaction on a conference call scheduled for 8:30 a.m. EDT Monday, July 20.

Vivint Solar is a leading provider of distributed solar energy – electricity generated by a solar energy system installed at a customer’s location – to residential, commercial and industrial customers in the United States. Vivint Solar’s customers pay little to no money upfront, receive significant savings relative to utility generated electricity and continue to benefit from guaranteed energy prices over the 20-year term of their contracts. Vivint Solar finances, designs, installs, monitors and services the solar energy systems to make things easy for its customers.TerraForm Power is a renewable energy leader that is changing how energy is generated, distributed and owned. TerraForm Power creates value for its investors by owning and operating clean energy power plants.