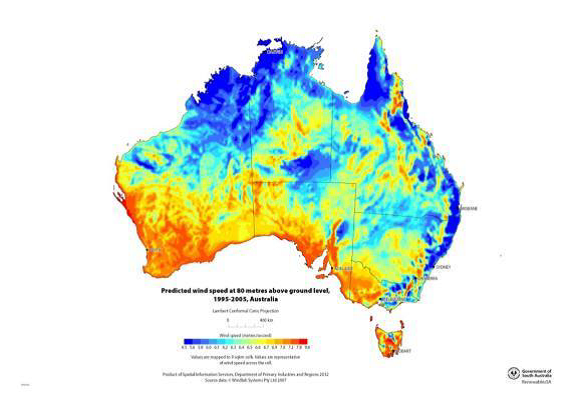 The federal government has ordered the Clean Energy Finance Corporation (CEFC) not to make any future investments in wind power, instead focussing on “emerging technologies”, trade minister Andrew Robb has confirmed.

A directive banning the Clean Energy Finance Corporation (CEFC) from investing in existing wind technology will also apply to small-scale solar projects, a move that will effectively throttle the industry, the Australian Solar Council said.

The federal government on Sunday confirmed that the $10bn CEFC will no longer invest in wind power, instead focussing on “emerging technologies”.

“It is our policy to abolish the Clean Energy Finance Corporation because we think that if the projects stack up economically, there’s no reason why they can’t be supported in the usual way,” Abbott told reporters in Darwin. “But while the CEFC exists, what we believe it should be doing is investing in new and emerging technologies – certainly not existing wind farms.

Fairfax media reported on Sunday that the treasurer, Joe Hockey, and the finance minister, Mathias Cormann, bypassed the environment minister, Greg Hunt, in issuing the CEFC with the directive.

Robb told Sky News on Sunday that that was “a total beat-up”.

Hunt took to Twitter on Sunday to refute the claims made in Fairfax, labelling them “factually wrong and misleading”.

“Claims that I have been ‘angered’ are a complete, absolute and utter fabrication,” he said via the social media platform.

“This is a government that supports renewables, but obviously we want to support renewables at the same time as putting downward pressure on power prices,” he told reporters in Darwin.

Labor and the Coalition struck a deal in May to lower the renewable energy target (RET) to 33,000 gigawatt hours.

The Coalition later negotiated a deal with the Senate crossbench for native wood waste to be included in the RET, in exchange for the creation of a wind commissioner.

The new position, which would examine claims of negative health effects from wind turbines, appeased the concerns of some anti-wind senators.

The negotiation also included the clause to “significantly” increase the uptake of solar energy, overlooking the existing windfarm industry.

The sector has reacted to the funding news by expressing disappointment.

“The CEFC’s primary focus has always been on financing exciting new technologies rather than more commercial renewable energy such as wind. But reports today of an overt directive preventing CEFC from investing in wind reinforces a growing perception that renewable energy investors are not welcome in Australia,” said the chief executive of the Clean Energy Council, Kane Thornton. “In the midst of a global race to attract investment and jobs in renewable energy, Australia has just thrown another weight in its own saddle bag.”

Robb said the directive for the CEFC not to fund future wind projects was in line with the arrangement struck with the crossbench.

“There will be some negotiation, but the essence of it is that that money is to be spent on emerging technology, not mature technology,” he said. “If it’s seeking to support the mature technology that exists with wind power, it won’t be making those sorts of investments.”

The independent senator Nick Xenophon, who is part of the select Senate committee into wind turbines, welcomed the announcement, providing the funding was put into other projects like solar.

“Wind power is something that has been well established,” he told ABC News on Sunday. “So long as we see a shift from wind to large-scale solar and other forms of renewables, that is a good thing.”

“You’ll find that if you change the parameters it will inevitably mean more investment of large-scale solar.”

Labor said the decision to stop investment in wind was part of the Coalition’s “relentless attack on the renewable energy industry”.

“How a prime minister and treasurer can so blatantly undermine thousands of Australian jobs and billions of dollars in investment is beyond comprehension,” the opposition’s environment spokesman, Mark Butler, said. “Tony Abbott is abusing his office and the cabinet process by pursuing his own anti-wind ideology, enlisting fellow wind haters Joe Hockey to help bring down a whole industry.”

The CEFC was set up by the former Gillard government, and the Coalition’s policy is to abolish it altogether.

“It is our policy to abolish the CEFC because we think that if the projects stack up economically, there’s no reason why they can’t be supported in the usual way,” Abbott said. “We weren’t able to abolish the CEFC as we’d wished, but while it’s there, it really should do what the private sector won’t normally do and that is invest in new and emerging technologies.”

The deputy Greens leader, Larissa Waters, said: “Tony Abbott has tried twice to completely shut down the Clean Energy Finance Corporation, but the Senate has said no both times – setting up a double dissolution trigger.

“The prime minister is clearly not keen to go to an election on his climate credentials, and now he’s just digging himself in deeper.”

The acting Greens leader, Scott Ludlam, told reporters in Perth that Abbott was trying to “handcuff” Australia to the coal and gas industry.

“It’s a form of, I think incredibly dangerous and vindictive industrial sabotage. They’re trying to knock over the wind energy sector,” he said.

The opposition leader, Bill Shorten, said the government was “sabotaging” the industry due to “political extreme ideology against windfarms”.

“The guidelines now being proposed by Mr Abbott mean that basically the only thing the CEFC could invest in is flying saucers, because anything that is any closer to development than that, Mr Abbott has conveniently saying is an established technology.”

Shorten said is “personally supportive” of having the CEFC continue beyond 2020.

“I have farmers, including in places like Victoria, who are now hoping to rely upon the incomes that come from these wind turbines … and, of course, he is now out to stifle billions of dollars of investment in a technology and, of course, the creation of many jobs.

“I believe Tony Abbott’s becoming a very real threat to the Australian way of life. This guy is out of control.”

“This is a government which supports renewables, but obviously we want to support renewables at the same time as reducing the upward pressure on power prices,” the prime minister said. “We want to keep power prices as low as possible, consistent with a strong renewables sector.”

But it has emerged the government’s investment directive also applies to small-scale solar technology like rooftop panels that generate up to 100 kilowatts of power.

One-third of the current funding of the CEFC goes to solar projects, the majority of which are small-scale projects.

Scrapping funding for these projects would impact low-income households and renters and public housing users who cannot afford or do not otherwise have access to their own panels, head of the Australian Solar Council, John Grimes, told Guardian Australia.

“To say this is about lowering the costs of power is cynical in the extreme,” Grimes said. “What they’re doing with this is the precise opposite.”

He argued the move was payback for the solar industry’s successful campaign to keep small-scale solar power in the renewable energy target (RET).

“This certainly smells like revenge politics,” Grimes said, adding it was the government’s “backdoor” way of strangling solar power.

The environment minister, Greg Hunt, threw his support behind the industry as recently as Sunday morning.

The Coalition had secured the Senate crossbench’s support for the inclusion of wood waste in the RET in exchange for the provision of a new wind farm commissioner who would look into claims of the negative health impacts of turbines.

While the move to crack down on wind power has been welcomed by some, Grimes warned that the crossbench is still very much “committed to a solar future” and will feel as though their agreement with the government has “been absolutely violated”.

The Senate has twice voted down government legislation to scrap the CEFC, making it a trigger for a future double dissolution.

“The government is effectively blood-letting the CEFC since its attempts to abolish it have been fruitless,” the shadow environment minister, Mark Butler, said. “Tony Abbott is broadening his assault on renewable energy technologies, putting thousands of Australian jobs and billions of dollars in investment at even further risk.

“This is the most blatant example of Tony Abbott’s lack of vision for Australia’s future. The whole world is moving towards clean energy and Tony Abbott is scrambling to take Australia in the opposite direction,” Butler said.

The acting Greens leader, Scott Ludlam, told Guardian Australia the move is akin to a “protection racket” to try and ensure the viability of the coal and gas sectors.

He said the move was “designed to knock off” the very successful renewables industry by ensuring that the CEFC is not financially viable.

“By knocking off wind and solar, the only thing that you leave there is the high-risk stuff,” he said. “They’re trying to make it as difficult as possible for the CEFC.”