Global clean energy investment in the second quarter of this year continued to lag behind that of last year due to a sharp rise in the U.S. dollar and share price volatility, research showed on Friday.

Investment in renewable energy such as wind and solar power and biomass fell to $53 billion in April to June, 28 percent lower than $73.6 billion in the same quarter last year, Bloomberg New Energy Finance (BNEF) said in a quarterly report. 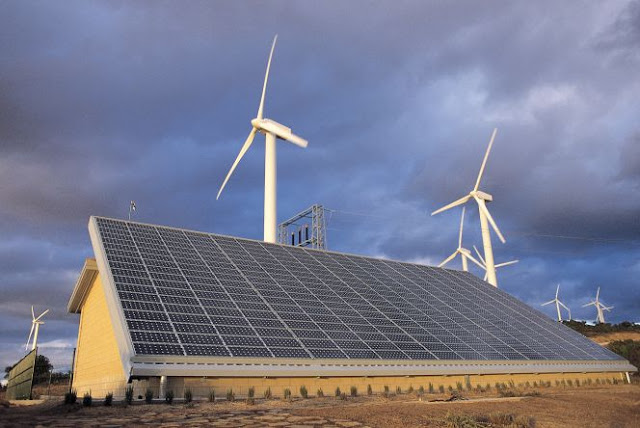 Global investment this year is facing headwinds from the financial markets, with the sharp rise in the US currency over the last 12 months reducing the dollar value of deals struck in other countries; and volatility in share prices, particularly in China, holding back equity-raising by specialist clean energy companies from both public market investors and venture capital and private equity funds.

However, there continue to be bright spots, notably small-scale solar, which enjoyed investment at $20.4bn in the second quarter, some 29% up on Q2 2014. Small solar projects of less than 1MW remain on course for a record year, as countries such as the US, Japan and China, and other parts of the developing world, respond to the improved cost-effectiveness of rooftop photovoltaics after the price falls of recent years.

Other features of Q2 were European offshore wind, where two project financings accounted for nearly $4.2bn of investment between them (the 402MW Veja Mate array in German waters, and the 400MW E.ON Rampion project off the coast of England), and Chile’s $1.3bn of investment in wind and solar, the highest that country has committed in any quarter to date. Chile has plentiful sunshine and wind resources, and also high electricity prices, making renewables a cost-competitive option.

Michael Liebreich, chairman of the advisory board at Bloomberg New Energy Finance, commented: “The first two quarters of 2015, taken together, have seen investment down 18% compared to the first half of last year. It is possible that the Q1 and Q2 2015 figures will be revised up a bit in due course as some more deals are disclosed, but we have been predicting since January that this year would see lower investment than 2014 because of the strong dollar.

“In the medium term, we expect investment to resume its strong growth. Our New Energy Outlook 2015, published in June, forecast that two thirds of the $12.2 trillion investment in generating capacity globally between now and 2040 will be in renewables, as costs per MWh for solar and wind grind downwards.”

Looking in detail at the $53bn of investment in Q2 2015, China was the most important contributor, with $15.5bn of commitments, 14% higher than in the first quarter of this year, but down 36% from a very buoyant second quarter last year. Solar accounted for $6.4bn of the Chinese Q2 total, with one third of that in small-scale projects and two thirds in utility-scale PV parks.

The largest category of investment in clean energy in Q2 was, as usual, asset finance of utility-scale projects such as solar parks, wind farms, biomass and waste-to-energy generators, biofuel production units, geothermal plants, small hydro-electric schemes of less than 50MW and marine energy projects. This amounted to $30.9bn between April and June, down 3% on Q1 and 41% on Q2 2014.

Top asset finance deals of the quarter included the Veja Mate and Rampion offshore wind projects, at $2.1bn and $2bn respectively, the Silver State South PV plant in Nevada, the US, at 294MW and an estimated $744m, and the Three Gorges Xiangshui offshore wind array off China, at 202MW and $567m.

The second largest category of investment was spending on small-scale projects of less than 1MW – at $20.4bn, level with Q1 and 29% up on the year. Third was public market investment in clean energy, at $2.9bn in the second quarter, up 26% compared to Q1 but down 41% from the same quarter of 2014.

The biggest public market equity raisings in the quarter were $900m of convertible issues by US solar company SunEdison, and $839m of secondary share issues by Abengoa Yield, a Spain-based “yieldco” owning renewable energy assets.

Venture capital and private equity investment in specialised clean energy companies totalled $564m, down 31% from Q1 and a full 60% below the second quarter of last year. The VC/PE figure for Q2 was in fact the weakest in any quarter since Q3 2005, almost a decade ago, and far below the peak of $4.2bn in the third quarter of 2008.

Luke Mills, clean energy economics analyst at Bloomberg New Energy Finance, said: “The low VC/PE total reflects the fact that technologies such as wind and PV are now far more mature, and less open to challenge from young companies. However, there is a great deal of early-stage investor interest still in other areas such as power storage and home energy management that could translate into more deals if the wider markets settled down.”

[1] The annual investment figures include two elements not present in the quarterly data. These are research and development spending by governments and companies, and asset finance of digital energy and storage projects.