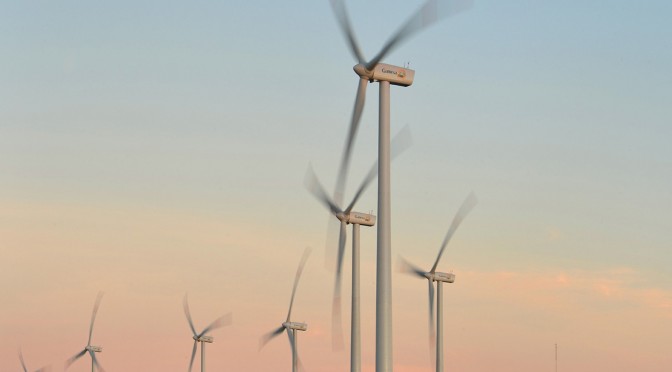 The company has been contracted to build a wind farm in Chile equipped with 13 G128-5.0 MW turbines under a turnkey arrangement.

This project implies a major logistics challenge for the company on account of the mountainous nature of the site, on an island, coupled with the turbines’ scale.

Gamesa, a global technology leader in wind energy, has achieved an important milestone in its sales and product strategy, having secured the first order for its G128-5.0 MW turbine in the Latin American market.

Specifically, the company has been contracted by Transantartic Energia and Chile’s Bosques de Chiloe to build the San Pedro II wind farm on the Chilean island of Chiloé, under a turnkey arrangement. The facility will be equipped with 13 (65 MW) of its G128-5.0 MW turbines.

“This contract marks an important milestone in our product strategy: not only is it the first order for the 5-MW platform in Latin America but it is also the largest supply order received to date for this product”, highlighted Hipólito Suárez, Managing Director for Mexico & Latam.

Gamesa will handle all of the steps needed to develop the facility, from the civil works and electrical installation to the transportation, installation and commissioning of the turbines. The turbines are slated for delivery during the second quarter of 2016 and the wind farm is expected to be commissioned during the early months of 2017.

Development of this wind farm poses a significant logistics and construction challenge for Gamesa due its location on a mountainous site, on an island moreover, coupled with the scale of the turbines, with a rotor diameter of 128 metres and a tower height of 95 metres. To this end, the company will tap its experience assembling other facilities, including phase one of this development – San Pedro I, equipped with 18 G90-2.0 MW turbines – and the maiden 5-MW turbines installed in Finland. In addition, the G128-5.0 MW turbines feature Innoblade, patented technology that enables the manufacture of the blades in two segments for assembly when the facility is being fitted in order to facilitate the transportation and installation of the turbines.

When this new 65-MW development is complete, the San Pedro wind complex will have total installed capacity of 101 MW, Gamesa having completed construction of phase one of the San Pedro wind farm (36 MW) – for the same customers – in 2014.

Once the second phase is commissioned, the San Pedro wind farm will have enough capacity to supply the entire island of Chiloé, with its 140,000 inhabitants, as well as contributing power to the rest of the country via the high-voltage line that connects it to the mainland. According to the most recent report released by consultancy BTM, the wind power opportunity in Chile is compelling: the country had installed capacity of 821 MW at year-end 2014 and current forecasts call for the addition of between 300 MW and 400 MW annually until 2025, underpinned by growth in demand for electricity.

The 5-MW platform, one of the most powerful in the onshore market, positions Gamesa as one of the leading technology players in the multi-megawatt segment. The G128-5.0 MW turbine evolves from the 4.5-MW platform and caters to the most complex wind farm developments in terms of competitiveness and cost of energy.

The G128-5.0 MW turbine is notably lightweight, which reduces the cost of related wind farm civil engineering work. Its modular and redundant design ensures reliability and maximises energy output, thereby lowering the cost of energy while complying with the most stringent grid-connection codes and environmental standards.