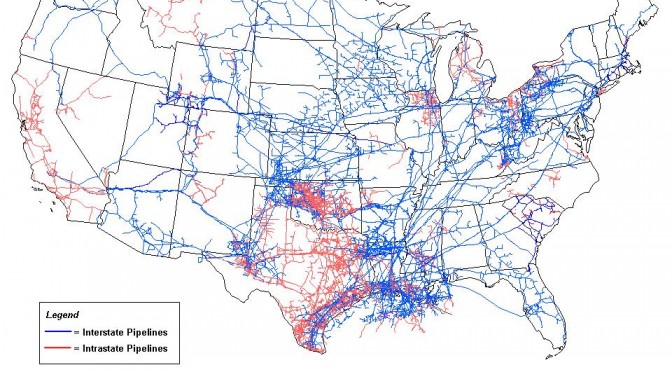 A new, peer-reviewed article published in the scientific journal SCIENCE estimates that 3 million hectares of land (that’s 11,583 square miles, or 30,000 square kilometers) have been lost due to oil and gas well pads, storage tanks and associated roads developed in North America since the year 2000. Rangeland and cropland through the heartland have been particularly damaged. The study says, “The total amount lost in rangelands is the equivalent of approximately five million animal unit months…” and ”The amount of biomass lost in croplands is the equivalent of 120.2 million bushels of wheat…”. 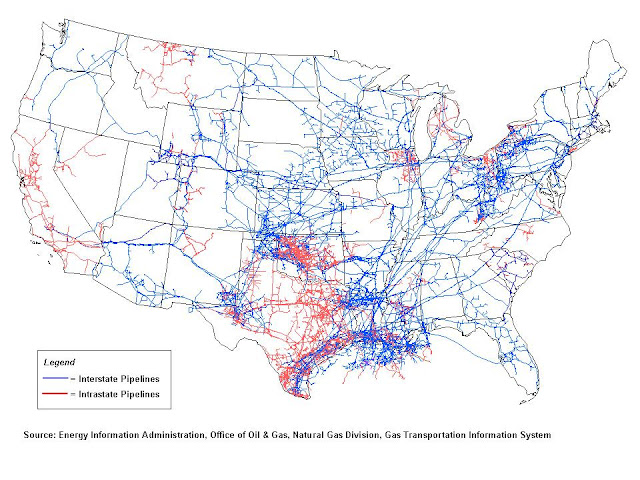 Critics of wind energy and solar power lambast those energy resources’ land use. To make such a spurious argument, anti-renewable energy activists focus solely on the footprint of a power plant and ignore the so-called “upstream” land losses reported by the peer-reviewed article published in the scientific journal SCIENCE. For example, while the gas power plants themselves occupy a rather small landscape footprint, you must take into account that those power plants also require significant infrastructure to operate – well pads, storage tanks, pipelines, access roads and refineries, just to name a few. If you conveniently ignore the substantial landscape footprint of the plants’ associated with upstream infrastructure, then wind energy and solar power falsely appear to use more land than fossil-fueled power plants or nuclear reactors. 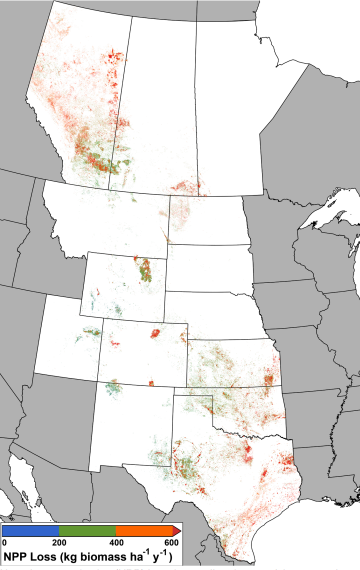 Consider this: the Department of Energy (DOE) recently released its Wind Vision Report, which outlines a goal of 20% wind energy by 2030 for this country, and 35% wind energy by 2050. Under those scenarios, the DOE estimates the amount of land used by wind turbines would ”require approximately 2,000 [square kilometers] (500,000 acres) by 2030, and 3,200 [square kilometers]  (790,000 acres) by 2050.” So for roughly 1/10th the land area used by oil and gas (3,200 square kilometers), America could obtain 30% of its electricity from land-based wind power (the other roughly 5% the Wind Vision Report evaluated came from offshore wind). Since these figures are linear (1 megawatt of wind energy capacity requires 1 hectare of land, or 0.01 square kilometers), 3 million hectares of land could provide 3,000,000 megawatts of wind power capacity – or about three times as much as all the electric power generating capacity in America today. (Math-whiz readers will note that getting 30% of the nation’s power from wind energy by using 1/10th of the land requirement of oil and gas would mathematically lead to 300% of the nation’s power from 10/10th’s of the land requirement of oil and gas.)

For further consideration: the National Renewable Energy Lab (NREL) recently released estimates regarding land use for utility-scale solar power. NREL’s estimates come out to a land-use ratio of roughly 1 hectare (2.5 acres) per 1 gigawatt hour (GWh) of solar power generation. For 3 million hectares of land use, solar power could generate roughly 3,000,000 gigawatt hours of power, annually. That’s about 75% of America’s total annual electric generation output.  While this analysis is academic and interesting, it misses a key selling point for solar power: you can install solar panels just about anywhere, not just on virgin farmland.

Just between solar power and wind energy, it’s easy to see how 3 million hectares of land (the same amount currently used by oil and gas production) could fully power the entire country’s electric demand virtually in perpetuity. As turbines or solar panels wear out, new ones can be installed in the same space, or that land area can be converted back to its original use. Meanwhile, oil and gas land use is unsustainable: wells run dry, wells have to be shut-in properly after the resources are exhausted, and new wells have to be drilled elsewhere and use more land.

And that’s just oil and gas – think about the upstream land destruction for coal-fired power plants (mountain top removal for coal mining comes to mind) and nuclear reactors. We’ve made some calculations showing the natural resources saved by using wind power, as opposed to coal, gas or hydropower in a previous post.  The study in SCIENCE did not include land losses associated with the nearly 300,000 miles of natural gas pipeline across the Lower 48 States, nor did it calculate land lost associated with the corresponding fossil fuel power plants nor fossil fuel refineries. The study also didn’t look at oil and gas land use east of the Great Plains (the Marcellus shale wells in Pennsylvania were excluded, so was all of Louisiana), nor west of the Rocky Mountains (California and Alaska were also excluded) so it’s fair to say the land loss estimates are very conservative.