Wind energy in Mexico is expected to attract annual investment of US $2 billion during the next 25 years, becoming the most important sector in the country’s energy industry and the main source of large-scale renewable energy by 2033, surpassing hydroelectric. 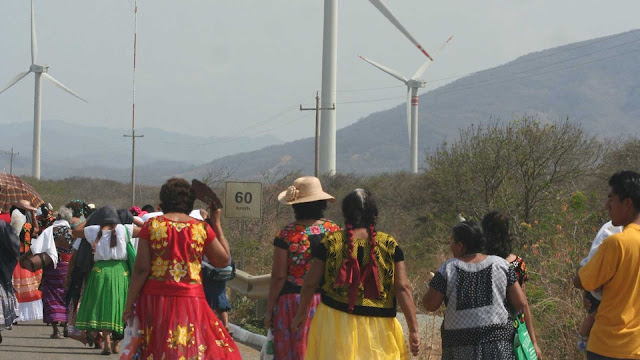 Projected electrical generation investments will reach a cumulative total of US $159 billion by 2040, and almost a third of it will be spent on wind power.

These investments will more than double the installed capacity of Mexico’s electrical power sector, going from 66 gigawatts in 2014 to 152 gigawatts in 2040. By then, renewable energy sources will be generating two-thirds of the country’s electricity.

For investors, wind power generation in Mexico is attractive due to its low cost, says Bloomberg new energy finance analyst Lilian Alves, which today compares to that of natural gas.

By 2040, Alves says, the cost of one wind-generated megawatt per hour could be as low as $46, down from today’s cost of $75, which is similar to the cost of electricity generated with natural gas.

Alves added that the two regions with the greatest potential are in the states of Oaxaca and Tamaulipas. Both offer an average efficiency of 45%, a rate that is more typically between 20 and 40%.

“The demand for power in Mexico is expected to grow, on average, 2% per year until 2040, which is interesting because projections for other regions, like the U.S. and Europe, show a stabilization in power demand, and even a slight decrease,” said Alves. “The country has many resources for power generation, and the potential for the power generation industry to grow.”

She also said long-term projections are favorable for investment in and growth of the power sector in Mexico.