Troubled wind turbine maker Suzlon group, which had recently sold its German arm Senvion to pare debt in January, has said it will focus on the domestic wind energy market in the short-to medium-term while it comes out of the debt burden. 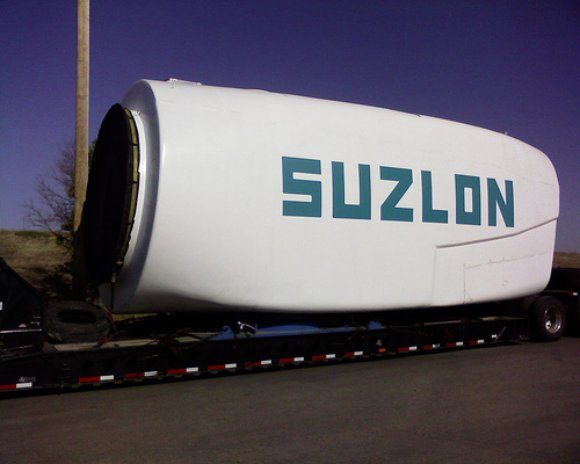 “We are growing aggressively in the domestic market and now we are going to introduce S11 turbines, which has 111 metre rottar blade. The energy production will go higher by 20 per cent once S111 turbines start working,” Suzlon group Chairman and Managing Director Tulsi Tanti said here.

There is also a plan to enter the offshore market in the country and the first such project will come up in Gujarat, Tanti said.

“Gujarat and Tamil Nadu have great offshore potential. Gujarat, my home state, has a long coast in the country and I want the first offshore project to come up in the state,” said Tanti, who was born and brought up in Rajkot.

Suzlon is in the process of increasing its production capacity at its wind park in Kutch, he said, adding “We have completed installation of 1,100 mw windmills at the Kutch park and the rest would be completed in two years.”

Tanti claimed that once the installation is complete, the park would become world’s largest wind mill park having capacity of 2,000 mw production at single location.

On the cash-flow position after the Senvion sale late last fiscal, he said, “The company is now in comfortable zone having surplus cash.”

While announcing the sale of Senvion in January to the US-based Venture Capital fund Centerbridge Partners for 1 billion euros, which was less than its purchase price in 2007, Tanti had said Rs 6,000 crore from deal would be used to retire its debt.

But the company has paid back only Rs 5,000 crore of its Rs 16,500 crore debt (as of December 2014) when the deal was closed in April and used the rest Rs 2,000 crore for working capital funds, according to group chief financial officer Kirti Vagadia.

On the sale of his cash-cow Senvion, which was contributing to over 65 per cent of revenue, Tanti said, “We entered the international market at the right time and exited at right time. Now, we are growing aggressively in the domestic market.”

The country’s total wind power production stood at 23,000 mw and Suzlon alone produces around 40 per cent of this, he claimed.