According to CNBC, Google wants to back Kenya’s Lake Turkana Wind Power Project, a massive undertaking that will require more than $700 million. 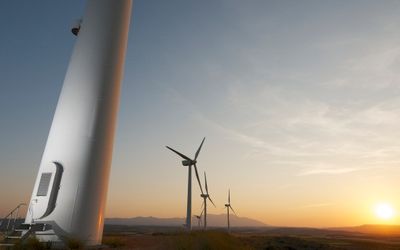 The Internet giant has invested more than $2bn in next-generation energy production so far, but mostly in the United States – although in 2013, Google invested $12m in South Africa’s Jasper Power Project, one of the largest solar installations in Africa. Although the continent has been experiencing fast growth, electricity is still a problem there.

The power generated by this project is expected to reach 310 megawatts, which will help increase Kenya’s energy capacity by 20%. If the deal gets finalised, which is not yet a given, Google would be a minority stakeholder. When CNBC contacted Google, the company declined to comment while an LTWP project representative stated: “Google is not involved in LTWP at present and LTWP has no agreement or understanding of any nature with Google”. “We’re helping create a clean energy future that’s better for our business and the environment”.

Rick Needham, the company’s director of energy and sustainability has said publicly that the company only undertakes investments that make financial sense with having “transformative” prospective for the escalation of clean energy.

While Google’s green investments are for profit, its philanthropic arm has supported SolarAid, which is working to build solar access for so-called off-grid African communities.

Google Inc (NASDAQ:GOOGL) is hardly new to sub-Saharan Africa as the tech company has offices in Kenya, Nairobi; Ghana, Accra; Nigeria, Lagos; Senegal, Dakar; Johannesburg; and Uganda, Kampala. Google also has significant interest in wind power on the technology side.