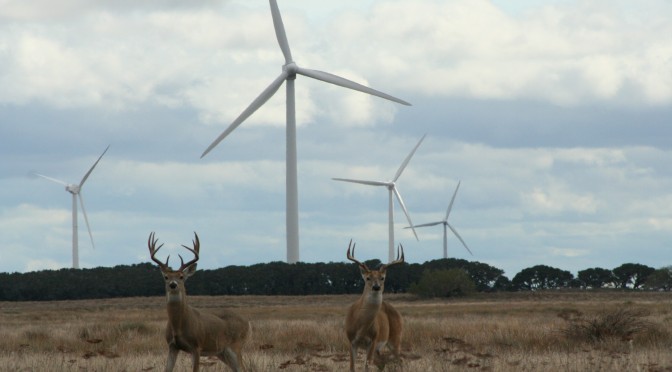 A recent anti-wind energy opinion piece on birds overlooked that climate change is the greatest threat to birds and other wildlife, and that wind energy is one of the most affordable, effective and widely available ways to reduce carbon pollution and help mitigate the impacts of climate change.

We all consume energy and it has to come from somewhere. While no energy source is free of impact, wind energy is one of the least impactful forms of energy generation as it does not, for example, emit any air or water pollution or consume water in the generation of power. 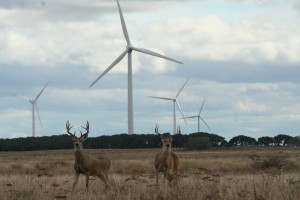 Although wind energy has much lower effects than every other major source of energy generation on wildlife, the wind industry has dedicated itself for decades to a legacy of caring for the environment and wildlife. That is why national conservation groups such as the Audubon Society, Defenders of Wildlife and The Wilderness Society have joined with us to find ways to proactively minimize wind energy’s already low impacts through the American Wind Wildlife Institute. These groups recognize, as the National Wildlife Federation put it, that “climate change is the biggest threat wildlife will face this century” and that wind is one of the fastest and cheapest ways to reduce carbon pollution.

This anti-wind energy opinion piece cited a recent flawed analysis that suggested wind energy development should be avoided throughout a majority of the country based on drawing lines on a map rather than site-specific scientific evaluation. Blocking off such large swaths of land to development is incompatible with scaling up wind power enough to address climate change.

A better approach is relying on the U.S. Fish and Wildlife Service’s Land-based Wind Energy Guidelines, which ensure the wind industry works to responsibly site turbines in areas that will minimize any wildlife impacts by individually analyzing sites that are considered for development Even this anti-wind analysis actually suggested that such guidelines are working to steer developers toward lower risk areas as intended.

Several peer-reviewed studies have found that wind energy’s impacts to birds are minimal. For example, a comprehensive 2014 study found that approximately 214,000 to 368,000 birds are lost annually at wind farms (based on the installed capacity at the time of publication). The authors estimated that this mortality constitutes less than 0.05 percent of any of the small passerine populations (the most abundant bird group in North America) impacted by wind turbines.

Regarding taller towers, there is little evidence that taller towers have any additional impact on wildlife. Peer-reviewed published studies have shown that more than 80 percent of birds migrating at night typically fly above the height of the rotor-swept zone, so there is no expectation that increasing tower heights by the amounts anticipated will significantly increase impacts.

With respect to avoidance of turbines by lesser prairie chickens, a recently published study, analyzing the effects of wind turbines on grouse species, found that “the effect of tall structures on birds is not well understood.” This study found the papers claiming to find such an effect made large leaps as none of them were actually designed to test that theory.

Further, two additional studies have found that there was little to no response to wind energy development, and that while mating behavior persistence was lower in proximity to turbines, this effect was not statistically significant.

The wind industry continues to improve its technology and siting practices to minimize its impacts on wildlife. Wind energy serves the greater good of protecting wildlife from the effects of climate change, while continuing to seek ways to improve siting techniques and develop new technologies and practices to reduce impacts — traditional forms of generation cannot make the claim of proactively seeking to reduce their impacts.

Restricting the development of the least expensive, most readily available market-ready source of carbon reduction available to our society is counterproductive in protecting wildlife.

We encourage everyone to join with the conservation community to have a reasoned discussion on filling in data gaps and finding cost-effective, business-friendly solutions for how wind energy and wildlife can continue to coexist.