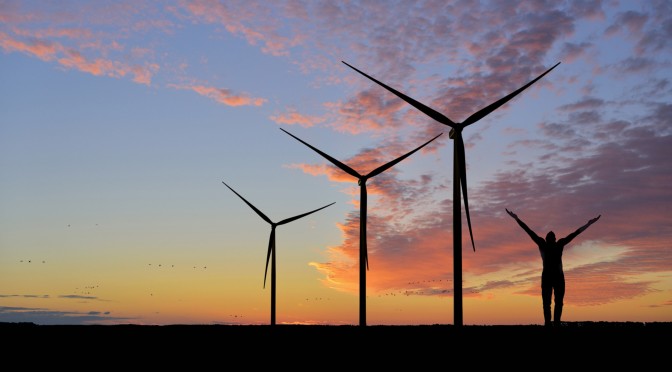 The deal, signed during an official visit of Egyptian President Abdel Fattah al-Sisi to Germany, is Siemens’ single biggest order and gives a much-needed boost to its gas and power division which is struggling at home.

The orders expand on memorandums of understanding announced in March with Siemens and other suppliers including General Electric (GE) as Egypt strives to improve its creaking national grid.

The deal could put the German company, which started doing business in Egypt in 1859, ahead of arch-rival GE. GE said this year it had a 30 percent market share while Siemens claimed a share of 25 percent before the deal.

Egypt is going through its worst energy crisis in decades, with power cuts common as its ageing state-run infrastructure struggles to handle rapidly growing demand for electricity in a country of 87 million people.

The order includes 24 Siemens’ H-Class gas turbines, adding to just 48 Siemens has sold so far. They will power three new gas plants which Siemens said would be the largest in the world.

Orascom Construction (OC) , an engineering and building business dual-listed in Cairo and Dubai, said it would construct in consortium with Siemens two combined cycle plants with a total generation capacity of 9.6 GW.

OC said in a statement its combined share of the contracts was 1.6 billion euros and would be financed by the Egyptian Electricity Holding Company.

Siemens has also built an H-Class turbine-powered plant in Irsching, Bavaria, but it will be shut next year as it is pushed out of business by competition from renewable energy.

Siemens Chief Executive Joe Kaeser said last month he had resigned himself to never selling another gas turbine in Germany.

The Egypt order includes 12 wind farms in the Gulf of Suez and West Nile areas, comprising about 600 wind turbines and an installed capacity of 2 GW.

Siemens will build a rotor blade manufacturing facility that will provide training and employment for up to 1,000 people and is scheduled to go into operation in the second half of 2017.

The deal will be financed by Siemens Financial Services, supported by export credit agencies in Germany and Denmark, Siemens said.