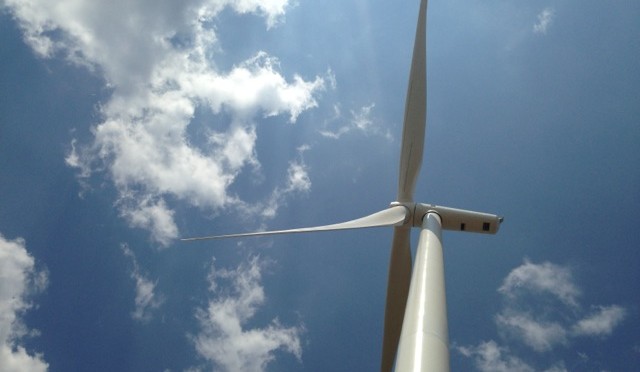 OMICS International cordially invites all the participants from all over the globe to attend the “World Congress and Exhibition on Wind Energy” at Berlin, Germany during June 16 – 18, 2016 with the theme of “Future Wind Energy Technologies”.

Wind energy as an alternative to fossil fuels, is plentiful, renewable, widely distributed, clean, produces no greenhouse gas emissions during operation and uses little land. The effects on the environment are generally less problematic than those from other power sources. Wind Energy-2016 is all about Planning, Operating, Grid integration, Aero dynamic noise cancellation, Urban wind Energy promotion, and future prospects of wind energy. Wind Energy – 2016 will also include advancing international knowledge transfer in Ice monitoring and early protections, challenges and case studies of wind energy.

Wind energy is generated by harnessing the wind. It is the most sustainable ways to generate electricity. Outlook on World Energy Sector deals with the world energy generation, consumption trends and as well as Europe energy production growth, Asia and America’s energy demand growth rates and the steps taken to reach the demand in these regions. The Future for wind energy and the scope for wind energy in Asia, Europe and America regions to generate the required energy demands, expected future generating capacities shall be discussed.

Every nation has its own policies to promote the green energy generation like wind. Here we will discuss about the present policies at different regions of the world and the obstacles.
A wind farm or wind park is a group of wind turbines in the same location used to produce electricity. There are 2 major planning, off shore and on shore planning of wind farms. Requirement for planning, decision making for off and on shore wind farms shall be discussed.
The wind power industry is the industry involved with the design, manufacture, construction, and maintenance of wind turbines. There are small, medium and large scales wind turbine designs. Worldwide, over two hundred thousand wind turbines operating, with a total nameplate capacity of 282,482 MW. It is possible only by pre-scheduled O&M maintenance for each of the turbine. Innovations in turbine blade designing for strong wind conditions, ice monitoring and controlling for the turbines are of importance.
Specialized wind energy software applications aid in the development and operation of wind farms. There are soft wares for Pre-feasibility and feasibility analysis, Turbine design, Flow modelling and Farm modelling.
Large amounts of wind energy are being reliably integrated onto the power system today. There are on grid, off grid and micro grid technologies are available for the grid integration of wind turbines.
Noise produced from wind turbines often became a serious issue which can be reduced by different techniques of Amplitude Modulation and by using various transducers. Here the main objectives are cancellation of the noise and different transducers use in this regard.
Noise produced from wind turbines often became a serious issue to the nearby residents and there are different techniques to overcome this noise. Here the main objectives are cancellation of the noise and control of the noise generated.
From all the renewable energy sources, the electrical generation from micro-wind turbines has not yet disclosed its huge potential especially. These will be helpful in generation the required power generation for urban communities. So the promoting events, policies and hurdles face by the urban wind energy promotion will be discussed here.

Depending on how energetic a wind site is, the wind farm may or may not be cost competitive. So here we discuss about challenges and new inventions in wind energy sector. There is some standard testing and certification process for every wind turbine so that it can generate uninterrupted energy and have the standard life span while in operation. This track is all about different testing and certification standards of wind turbines.

Environmental impact of wind power is less when compared to other forms of power generation. There are reports of bird and bat mortality at wind turbines and also reports of negative health effects from noise on people who live close to them.Wind turbines have been criticised as having a visual impact on the landscape so it will have impact on tourism as well.