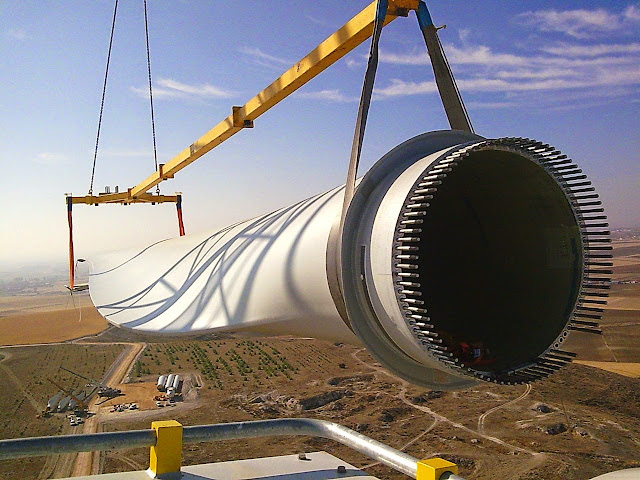 The Egyptian official further clarified that the project would be built in cooperation with German industrial group Siemens, with total investment cost of US$100 million and the capacity of 340 megawatts annually.

The factory’s capacity will be increased gradually to cover Egyptian market’s energy needs and accordingly to start exporting the products abroad, ElSobki said during Egypt’s Second Annual Energy Conference “Energy and the Future of Investment in Egypt” that kicked off on Monday in Cairo.

Moreover, ElSobki noted that his authority is currently working to provide necessary land plots to execute 15 solar energy projects in addition to six projects to generate wind power in Gulf of Suez.

During Egypt Economic Development Conference held last March in Sham El-Sheikh, Siemens and the Egyptian government have agreed to build a factory in Egypt to produce wind turbine rotor blades, seeking to increase Egypt’s power generation capacity by one-third and creating up to 1,000 jobs.

“Wind power is clean and renewable, and will strengthen Egypt’s energy security at this important point in its history. Adding two gigawatt will be a significant step towards diversifying the country’s energy mix”, said Markus Tacke, CEO Siemens Wind Power and Renewables Division.

“Egypt has great potential for wind power generation, especially in the Gulf of Suez and the Nile Valley”, Tacke added. “We are proud to be working with the government and people of Egypt to tap this potential.”

Egypt’s government has targeted 7.2GW of wind energy by 2020. The country has been suffering an energy crisis recently as demand outweighs supply plus the political upheaval that has affected the area has led to attacks on energy production facilities.