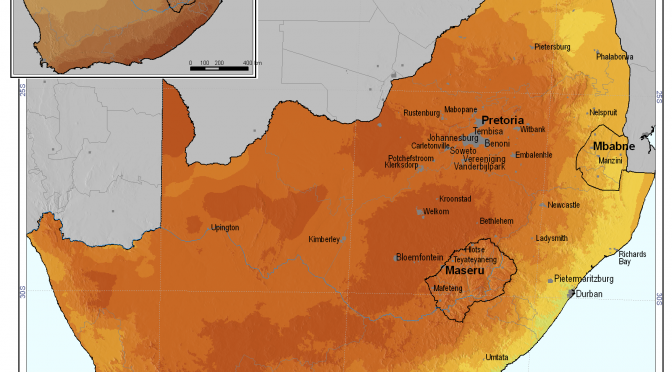 Enel Green Power (“EGP”) has begun construction of Pulida solar power plant, which is located in the Free State Province in South Africa.

The new solar facility will have a total installed capacity of 82.5 MW and once fully operational will be able to generate more than 150 GWh per year, equivalent to the annual consumption needs of around 48,000 South African households, therefore avoiding the emission of more than 138,000 tonnes of CO2 into the atmosphere each year.

The energy generated by Pulida will be sold to the South African utility Eskom through the 20-year power supply agreement that EGP was awarded in October 2013 as part of the Renewable Energy Independent Power Producer Procurement Programme (REIPPPP) promoted by the South African Government.

In addition to Pulida, EGP was awarded the right to build the Gibson Bay (111 MW) and Nojoli (88 MW) wind farms, as well as the Aurora (82.5 MW), Paleisheweul (82.5 MW) and Tom Burke (66 MW) solar power projects, in the same tender. The company, which already owns and manages the 10 MW Upington solar facility, was also recently awarded a further 425 MW of South African wind power projects in the fourth phase of the REIPPPP.

Enel Green Power is the Enel Group company fully dedicated to the international development and management of renewable energy sources, with operations in Europe, the Americas and Africa. With a generation capacity equal to approximately 32 billion kWh in 2014 from water, sun, wind and the Earth’s heat – enough to meet the energy needs of more than 11 million households – Enel Green Power is a world leader in the sector thanks to its well-balanced generation mix that provides generation volumes well over the sector average. As of today, the company has an installed capacity of more than 9,800 MW from a mix of sources including wind, solar, hydropower, geothermal and biomass. The company has about 740 plants operating in 15 countries.