High solar exposure and strong winds, but also market openness, guarantees on long-term investments, economic and political stability and ambitious low carbon generation targets through non-traditional renewable sources. Chile is one of the most dynamic and promising countries in Latin America as regards green energy. 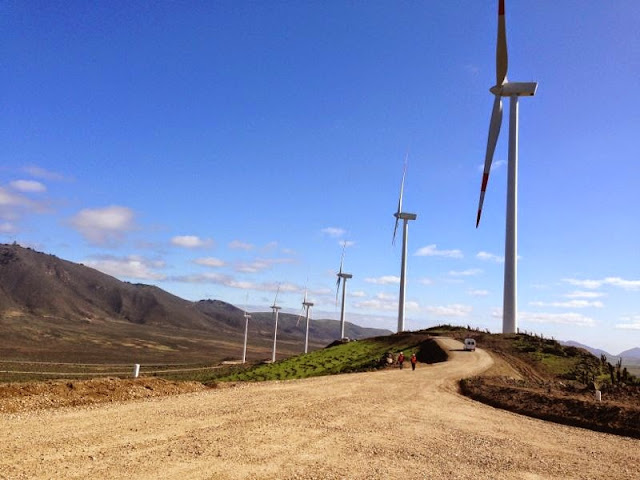 A new plant entered into service and the construction of another two was launched. Enel Green Power’s Chile continues its fast development roadmap and, less than two months after the 2 GW target was exceeded in March, it once again confirms EGP’s strategic vision that reserves special attention and investments to this country, which stands out as one of the most active in the Latin American renewable market.

The renewable race in Chile is connected to a number of environmental, regulatory and economic factors that particularly favour this country while making it appealing for development in this sector. With annual levels of source availability that reach 2,380 hours of solar exposure and 2,980 hours of wind blowing, Chile relies on weather conditions that are ideal for the growth of photovoltaic and solar power, which in 2014 respectively reached an installed capacity of 402MW and 836MW, but above all have 5.9GW and 9GW already authorised or under construction.

The renewable share in the generation mix of Chile exceeds 33 percent, especially due to the contribution of hydroelectric. The so-called non-conventional renewable energy technologies (wind, solar, biomass, geothermal) have only recently started to grow, but have already reached 11,7 percent of the country’s energy matrix and are aiming at achieving a 20 percent share by 2025.

Market openness and the country’s stability, both economic and political, are other decisive factors for the development of renewables, that don’t beneficiate from specific incentives and whose energy is subject to contracts under Power purchase agreements or sold on the spot market.

Enel Green Power in Chile manages the Talinay Oriente, Valle de los Vientos, Taltal and Talinay Poniente wind farms for a total installed capacity of 340MW, as well as the 36 MW Diego de Almagro, 60 MW Lalackama I,18 MW Lalackama II,40 MW Chañares solar plants and the Pullinque and Pilmaiquen hydroelectric facilities, for a total installed capacity of 9 MW. Additionally, the company has begun the construction of the Carrera Pinto (97 MW) and Pampa Norte (79 MW) solar PV plants, and is active in the geothermal sector, in which it is exploring several concessions having a potential exceeding 100MW.