Pattern Energy Group Inc. (NASDAQ: PEGI) (TSX: PEG) (“Pattern Energy”), today announced its acquisition of the 150 megawatt (MW) Amazon Wind Farm (Fowler Ridge) project in Indiana from Pattern Energy Group LP (“Pattern Development”).
Upon completion of the project, Pattern Energy will have an owned interest of 116 MW and it is expected that institutional tax equity investors will acquire the balance. Pattern Energy acquired the Amazon Wind Farm (Fowler Ridge) project for a total cash funding commitment of approximately US$127 million, a portion of which will be used to pay down construction debt upon the completion of construction. The acquisition will be funded from available cash and credit facilities. 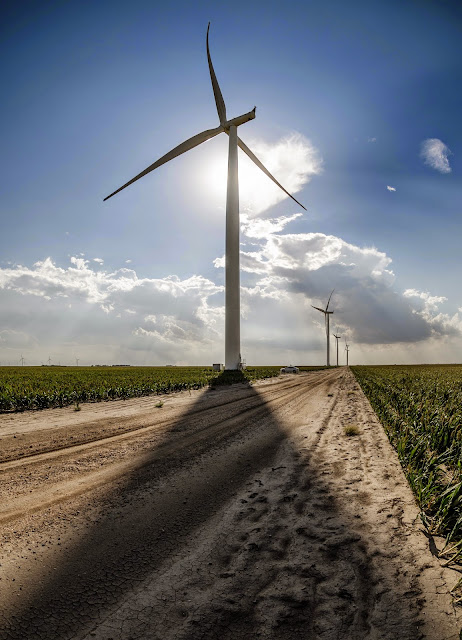 “We have now surpassed the two gigawatt milestone in our portfolio, achieving growth of more than 100% in our owned capacity since the IPO,” said Mike Garland, President and CEO of Pattern Energy. “We have announced four acquisitions in the past month, demonstrating our commitment to grow the portfolio with high-quality, fully-contracted power facilities. We’re pleased to work with Amazon on our first wind project in Indiana.”

The project has entered into a long-term power purchase agreement with Amazon to supply electricity to the electric grids that service Amazon Web Services, Inc. (AWS) datacenters. The Amazon Wind Farm (Fowler Ridge), which is being built in Benton County, Indiana, is expected to start generating power in the fourth quarter of 2015.  The project consists of 65 Siemens 2.3 MW wind turbines with ‘Made in America’ components. The turbine blades, nacelles, towers, and transformers are all being manufactured in the United States.

Once operational, the Amazon Wind Farm (Fowler Ridge) project will create enough clean energy to power 46,000 homes each year, according to average annual residential energy use data from the U.S. Energy Information Administration.

Pattern Energy has rights of first offer to Pattern Development’s project development pipeline, which includes approximately 4,500 MW of wind and solar projects. Projects are added to Pattern Energy’s list of identified Right of First Offer (ROFO) projects when they reach identified milestones, such as when a project has executed a power purchase agreement.

The Conflicts Committee of Pattern Energy, which is comprised entirely of independent directors, reviewed and recommended the terms of the acquisition for approval by the Board of Directors, and it was approved by the Board. The Committee was advised on financial matters by Evercore Group L.L.C., which also provided a fairness opinion, and on legal matters by Davis Polk & Wardwell LLP.

[1] This forward looking measure of run-rate Cash Available for Distribution (CAFD) contribution from the Amazon Wind Farm is a non-GAAP measure that cannot be reconciled to net cash provided by operating activities as the most directly comparable GAAP financial measure without unreasonable effort. A description of the adjustments to determine CAFD can be found on page 74 of Pattern Energy’s 2014 Annual Report on Form 10-K.

Pattern Energy Group Inc. (Pattern Energy) is an independent power company listed on the NASDAQ (“PEGI”) and Toronto Stock Exchange (“PEG”). Pattern Energy has a portfolio of 16 wind power facilities, including three projects it has agreed to acquire, with a total owned interest of 2,112 MW, in the United States, Canada and Chile that use proven, best-in-class technology. Pattern Energy’s wind power facilities generate stable long-term cash flows in attractive markets and provide a solid foundation for the continued growth of the business.