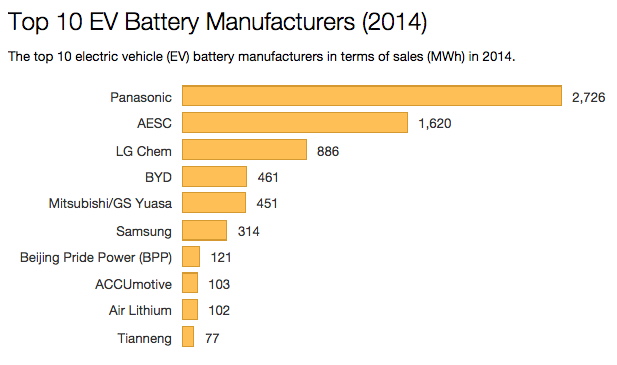 Electric car manufacturer Tesla is expected to jump-start the market for a home or business battery to store solar energy with an announcement later today in Hawthorne.

SolarCity — a residential solar company that, like Tesla, is run by billionaire Elon Musk — has already installed several hundred battery and solar systems in homes across California, including about a dozen in Orange County, according to a Register review of state data.

For years, scientists and engineers have sought to solve solar energy’s supply problem. Supply peaks mid-day when the sun is at its highest. But demand is low then, with most people out of the house. Sunlight tapers off just a few hours before the demand for electricity spikes in the early evening.

Bridging that gap with batteries — or any other way to store electricity — has long been considered the linchpin to mass adoption of solar.

“This is a physics problem. How do I store an electron from the sun right now so I can use it later when I turn on the light to read a book?” said Sachu Constantine, the policy director at Center for Sustainable Energy, a San Diego nonprofit.

Advanced battery storage technology — and the assistance it provides to renewable energy — will be sorely needed as the state grapples with Gov. Jerry Brown’s executive order Wednesday that the state cut climate change-causing greenhouse gas emissions 40 percent below 1990 levels by 2030.

Currently, solar homeowners are able to sell excess electricity back to their utility through a process called net metering. When they do, they get credit for the electricity they’re producing but not using. Later, as they draw from the grid, they redeem those credits.

Batteries will likely tempt homeowners who want to disconnect from the grid entirely — a frightening prospect for utilities, which would lose customers. Utilities are advocating for higher fixed fees to maintain the grid since distributed solar electricity generation will eat into their revenue. State regulators will discuss a new rate structure over the coming months.

Constantine said the result could be a “democratization of energy.”

Nearly 30 percent of new homes in Southern California have solar installed on them.

The challenges for solar batteries are both technological and economic: how to cheaply build a high volume of large batteries that will store enough energy and last a long time.

Tesla seems to be close. Its $5 billion “gigafactory” in Nevada, which will produce enough lithium ion batteries to supply 500,000 cars per year, is expected to come online in 2017. News reports have speculated that the company may tweak the design of its auto batteries to make them efficient for larger-scale use.

Representatives for Tesla’s sister company, SolarCity, declined an interview for this article. But a model KB Home in Irvine with a battery installed by another company, SunPower, offers a glimpse of what the future could look like.

Packed with the most efficient appliances, sleek fashions and a 2.7 kilowatt solar system installed on the roof, the house looks like many others in Orange County — except for the battery hooked into its side.

Unobtrusive, the battery system is contained in a rectangular gray box that could, from appearances, contain any sort of electrical or plumbing equipment.

The wall-mounted box has two lithium ion batteries and an inverter that converts the solar electricity into usable form. Currently, the batteries are marketed as an emergency provision: If power from the grid is cut off during an earthquake, for instance, the house can run for a day on stored power.

The battery’s operation is automatic and seamless. During the day, solar electricity from the rooftop panels runs through the inverter. The electricity charges the battery until full, then powers the house. Software applications on a smartphone or tablet display how much electricity is coming in and how much is being used.

KB Home declined to say how much a battery would cost. Prices for other current and planned home batteries — including Tesla’s, according to news reports — hover between $10,000 and $14,000.

Steve Ruffner, the regional general manager of KB Home’s Southern California division, said pricing will be key to the company’s plan to roll out homes with batteries already installed in the next 12 months.

“People aren’t impressed by green. They’re impressed by how much money they can save,” he said. “If the cost isn’t affordable, the customer won’t buy.”

Batteries could have an impact beyond residential solar. Utilities are installing them at substations, for instance. There, they will smooth out the gaps in electricity supply and demand — which will only increase with the adoption of solar across the grid.

In June, Southern California Edison is scheduled to bring a battery system online in Orange that will be able to supply 2.5 megawatts continuously for about an hour and a half, or enough for 500 to 750 homes. It’s Edison’s first distribution-level storage facility but won’t be its last: A state mandate requires Edison to have 580 megawatts of energy storage installed by 2024.

Batteries — owned by homeowners and utilities — can take electricity off the grid when solar panels are producing more than it can handle, experts said.

Rates will need to be structured to give people incentives to use less electricity from the grid at peak times and instead rely on battery power.

“To get widespread adoption, we’ll need a bigger difference between peak and off-peak time of use rates,” he said. “Policy makers want more solar, and they recognize if they want more solar, they’re going to need batteries.”