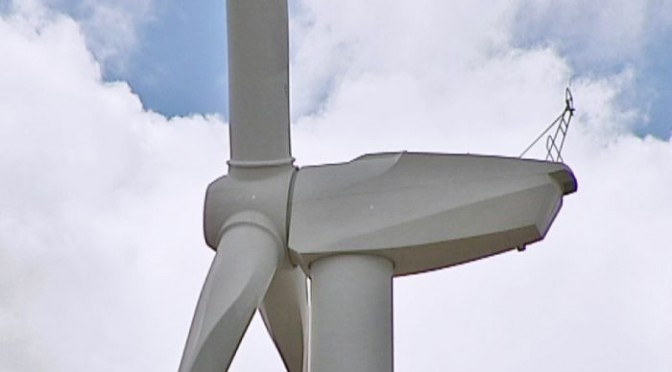 A new wind farm, approved in the Buloke Shire and due to begin construction soon, has a footprint of just 4.5ha (11 acres) with just six wind towers approved. It’s expected to have an output of up to 19.4 Megawatts.

“Reducing the buffer zone from 2km to 1km means a lot of smaller projects like this that have very minimal noise output – at 1km they can safely be installed near people – will go ahead.” The farm, at Coonooer Bridge near Charlton, is to be built by Windlab, an offshoot business of the CSIRO, after being chosen by the ACT Government to deliver power to the Territory under a feed-in tariff scheme, which requires the ACT to source 90 per cent of its power from renewable sources by 2020. Japanese company Eurus Energy Holdings Corporation has provided equity in the project and according to Windlab will own 80 per cent of the project.

Uncertainty over renewable energy targets (RETs) at a Federal level meant that the ACT decision safeguarded the farm’s future. In a new and innovative business model, locals have been invited to invest in the wind project. Mayor of Buloke Shire Reid Mather said the new investment has strong local support due to the company’s inclusive approach to informing residents about what was taking place. “Windlab is a very co-operative company; their model’s a little bit different to some, where a number of people can invest in the project. Locals can invest. (Windlab were) just talking to neighbours, quietly going around, quietly discussing what the implications are, should the project proceed.” He says there was little opposition to the project and new state regulations assisted. “It’s much easier for investors to get a project up in less-densely populated areas. We’re simply implementing state laws,” Mr Mather said. “We did have some objectors, we worked through those issues. While not everybody agrees, council supported the permits. “Being more sparsely populated has probably helped, and we welcome investment for regional and rural Victoria. This is probably the next wave of investment to come into the area.

“We would only see it as a positive. We’re not digging up brown coal, or not as much brown coal, and the challenge for the investment to come forth is some certainty. “The reason that Windlab got up is that they’ve now certainty over a fixed price. No business will invest while they’ve got some uncertainty about price. Mr Mather is positive there will be employment benefits for ratepayers in the shire.

“Where possible locals can be employed, notwithstanding that some of these jobs are quite specialist. “Where economic activity happens in one hub, there are certainly flow-on benefits to the community. Andrew Bray, national co-ordinator for the Australian Wind Alliance, has praised the process leading to the decision.

“This project is a shining example of what you can do when the community relations work is done really well. “The model that Windlab has chosen in giving a share to neighbouring landholders means that the discussion that they have with the local community is immediately a distant one from what it would be if it was one of ‘you’re in and you’re out.’ “Here everyone is in, in one sense or another, and it’s just a matter of how to make it best work. “Anyone who lives in a rural area understands that there has to be economic activity for farms and local businesses, to make it easier for families to stay in the area. Mr Bray says the new state regulations mean smaller “boutique” projects like Coonooer Bridge may be more likely. “It’s certainly been a welcome change to see the incoming (state) government turn around the laws that the previous government brought in. “There’s a lot more flexibility in the new laws that will allow for smaller projects like this to get up.