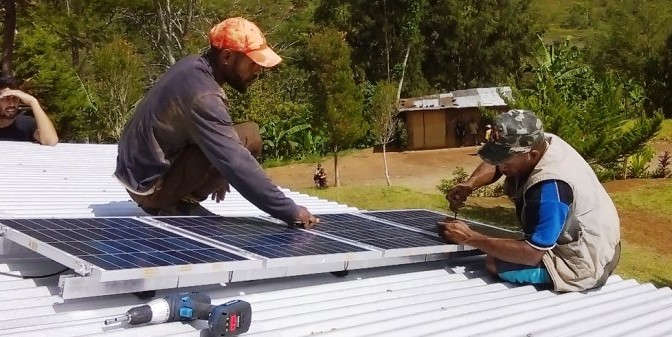 They say necessity is the mother of invention. When Mom Necessity visited Sam Goldman one dark African night, she came disguised as a broken lantern and a poisonous snake.

Goldman was a young, idealistic Peace Corps volunteer, serving in a remote village in Benin that had no electricity. Trying to navigate his hut by the light of a tiny kerosene lamp, he didn’t see the snake until too late. When it bit him, he dropped the lamp and it smashed. What followed was a frantic scramble in the pitch black to find the local medical clinic for anti-venom.

Goldman survived, but the incident caused him to reflect. Encounters with unseen snakes in the night were a common local occurrence. So, too, were fires caused by falling or faulty kerosene lamps. There had to be a better way of bringing light to people in the developing world–one that was affordable and wouldn’t be a fire hazard.

In his quest for a solution, Goldman — a once-avowed anti-globalization activist — discovered business does not have to be the enemy of development.

Goldman recalls the covetous fascination of his village neighbours when a North American friend visited, bringing a small LED camping headlamp. Could LED lights — bright, energy-efficient and inexpensive to produce — be the answer? Goldman wrote to several lighting companies to pitch them on developing an affordable LED lamp for conditions in developing communities. None showed interest.

If Goldman wanted to bring light, he’d have to do it himself. But he couldn’t just design a lamp, he’d need his own company to make and sell it. He had to overcome his distaste for business.

Back in North America, a new course offered at Stanford University’s school of business — “Entrepreneurial Design for Extreme Affordability” — piqued Goldman’s interest. He enrolled and when time came for the practical class assignment, he knew his project.

With classmate Ned Tozun, he designed a cheap, robust LED lamp. Since batteries are expensive and difficult to come by in developing communities, they built the lamp to run off a solar-powered battery that could be recharged during the day and offer 12 hours of light.

With a product, Goldman and Tozun developed a business plan to bring ultra-affordable power solutions to some of the world’s 1.2 billion people who remain off the grid.

They decided a social enterprise — in which all profits are invested back in the company, allowing it to do more good — would help the most people. “We don’t want to impact 100 villages or 1,000 villages. We need to get out to hundreds of millions.”

To help people in developing communities afford their solar-powered lights, they enlisted microfinance companies to give villagers small loans. The social enterprise says its solar products have reached 25 million people, and it’s saved consumers in the developing world more than $767 million in energy-related expenses, such as kerosene, while eliminating about 1.8 million tonnes of carbon dioxide emissions.

In a country like Benin, with 12 extra hours of light each day, schoolchildren study after their household chores, and adults extend the workday, potentially increasing income. What’s more, the fumes and fire hazards that come with kerosene lamps are eliminated.

And the bright LED lights make it that much easier to spot the snakes before they spot you.

Craig and Marc Kielburger founded a platform for social change that includes Free The Children, Me to We, and the youth empowerment movement, We Day.