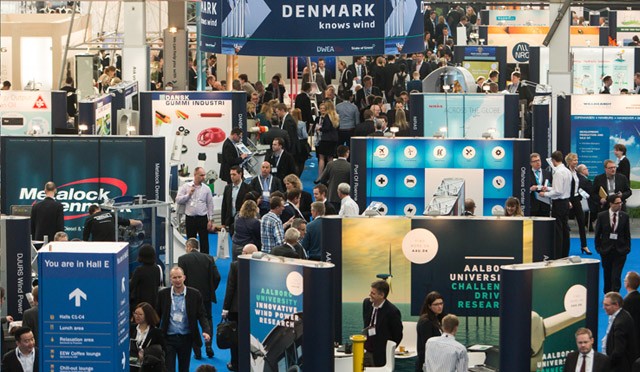 Over 8000 delegates from 54 countries descended on Copenhagen this year to attend the EWEA OFFSHORE 2015 event at the Bella Center – the world’s largest offshore wind energy conference and exhibition.

In addition to 430+ exhibitors, the event saw keynote speeches from high-level political and industry players on the state of Europe’s offshore wind industry and the continent’s energy mix at large.

The central theme of the event tackled one of the most pressing issues for the offshore wind business today – cost reduction. Three of the biggest players on the European offshore wind stage – DONG Energy, MHI Vestas Offshore Wind and Siemens Wind Power – launched an initiative at the event called United Industry. The declaration aims to spark joint and collective actions across the whole of the value chain to deliver long-term reductions in the cost of offshore wind.

EWEA OFFSHORE 2015 also had a heavy press presence with over 100 journalists from the mainstream, trade and B2B media attending to speak with delegates and experts on a variety of different topics. Journalists were invited to a number of press conferences held by EWEA members as well as short boat trip to view the Middelgrunden offshore wind farm in Copenhagen – once the world’s largest offshore park.

The three-day event provided an excellent showcase and networking opportunity for EWEA’s members to speak with policymakers, media and industry partners alike while also enjoying a wide range of plenary sessions and workshops.

EWEA would like to thank everyone who contributed to making EWEA OFFSHORE 2015 a resounding success and looks forward to welcoming the wind industry supply chain at the EWEA 2015 Annual Event in Paris in November.