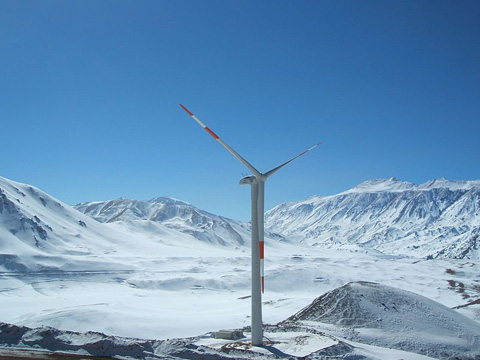 Eolus expands its operations in Finland by acquiring a stake of 30 MW in the wind power project Pörtom in Närpes in Ostrobothnia.

The part of the project that Eolus acquires includes locations for nine wind turbines with a total capacity of approximately 30 MW. The remaining part of the project comprising of ten additional wind turbines is owned by the Swedish energy intensive industry, through the wind power company VindIn. Eolus and Vindin has entered into a cooperation agreement regarding the remaining project development.

Complete decision from the authorities regarding the project is expected during the 2015.

The agreement with Triventus contains terms of future additional purchase price subject to conditions of the project being realized with a certain profitability. In connection with the transfer, the acquired company’s name will be changed to Eolus Pörtom Wind Oy.

Since before Eolus has business activities in Finland through development of the projects Loimaa-Alastaro and Huittinen which together comprise of approximately 50 MW.

Eolus Vind AB is one of the leading wind power developers in Sweden. Eolus is active in the whole value chain from development of green field projects to construction and operation of wind farms. Eolus offers attractive and competitive investments in the Nordic and Baltic countries to both local and international investors. Founded in 1990, Eolus has constructed 477 wind turbines of the approximately 3 000 wind turbines operating in Sweden. The Eolus Group currently owns and operates an installed capacity of 68 MW and a yearly electricity production of 167 GWh. Eolus Vind AB has approximately 3 500 shareholders. Eolus shares are listed at NASDAQ Stockholm.