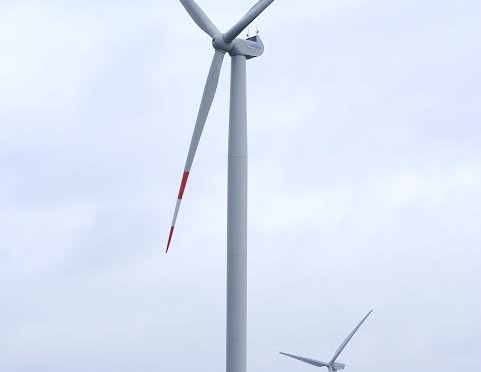 After four years of building 750-kW wind turbines for the community wind market sector, Aeronautica Windpower is reaching for higher air. Aeronautica, which bills itself as the nation’s only US owned and operated mid-scale turbine manufacturer, announced that has signed a sales and licensing agreement with W2E of Germany to build that company’s 2-MW turbine here in the states.

Aeronautica believes the company’s experience in servicing the community wind market, which includes small wind farms, school campuses, factories, and other large electrical users, can be strengthened with a machine larger than the 750-kW machine Aeronautica already builds.

“We cut our teeth in the mid-scale market, helping customers who have smaller 1- to 10-MW projects that larger turbine manufacturers don’t want to serve. With a larger machine, but maintaining a focus on supporting smaller project owners in class III and IV wind regimes, we think we can grow another notch or two.” says Aeronautica’s VP of Development and Founder, Brian Kuhn. 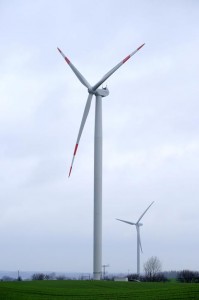 The company started in 2008 by refurbishing wind turbines from California wind farms and selling them to farmers. In 2010 it acquired a license to build the Norwin 750-kW turbine which it has sold to schools and wastewater treatment facilities. This new move to expand into a megawatt-class turbine allows the company to both service its core ‘community scale’ projects, while also allowing it to grow into the larger wind farm market, and take advantage of being able to sell internationally.

The W2E design has been sold previously in Europe and Asia. W2E Wind to Energy GmbH, of Rostock, Germany, has based the design of the 2-MW turbine on its successful larger 2.5- and 3-MW designs, but has scaled it down to fit in markets where regulations or tariffs favor a slightly smaller, and lower wind class, turbine.

“We are pleased to have Aeronautica as a new sales and production partner for our 2MW turbine”, says Frank Weber, a Founding Partner of W2E. “We like the fact that they identified a market niche that allowed them to enter this business and grow in a controlled fashion. We are going to help them as much as we can to service this community scale market and also grow into the ‘big wind’ space.”

Aeronautica plans to build the new machines at its facility in Seekonk, Massachusetts. Orders are now being accepted, with production to begin within the year.