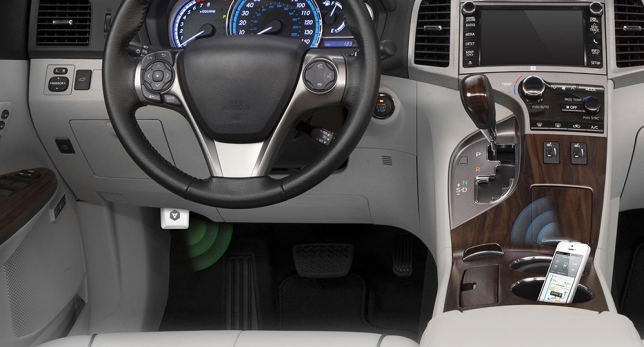 Apple has been working on an electric car and is pushing to begin production as early as 2020, people with knowledge of the matter said last month.

Google said in January it aims to have a self-driving electric car on the road within five years.

“If these two companies intend to solely produce electric vehicles, it could go fast,” Volkswagen CEO Martin Winterkorn said at the Geneva International Motor Show. “We are also very interested in the technologies of Google and Apple, and I think that we, as the Volkswagen company, can bring together the digital and mobile world.”

The time frame — automakers typically need at least five years to develop a car — underscores the aggressive goals of the two technology companies and could set the stage for a battle for customers. The market for connected cars might surge to $190 billion by 2020 from $32.5 billion now, according to a German government policy paper obtained by Bloomberg News.

“The competition certainly needs to be taken seriously,” said Stefan Bratzel, director of the Center of Automotive Management at the University of Applied Sciences in Bergisch Gladbach, Germany. “The closer we get to autonomous driving, the weaker the connection becomes between the customer and the car. And Google and Apple aren’t burdened with old technology but can start fresh.”< /p>

Tesla Motors Inc.’s success in creating a startup car company has also shown that the traditional barriers of entry into the auto industry aren’t as difficult to overcome as some thought. Tesla and General Motors are both targeting a 2017 release of an electric vehicle that can go more than 200 miles on a single charge and cost less than $40,000.

At the same time, automakers have struggled to bring technical leaps to car development, something that Silicon Valley is also seeking to accomplish. For example, Google Inc. has invested in developing an autonomous vehicle since 2010.

“It’s exactly what this industry needed: a disruptive interloper,” said Sergio Marchionne, CEO of Fiat Chrysler Automobiles. “It’s a good thing — but when you are one of the guys whose life is being disrupted, then you are not necessarily looking forward to the event.”