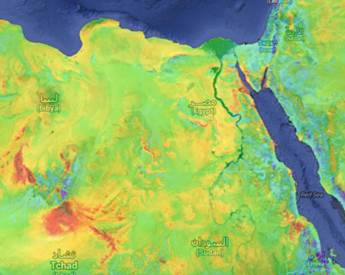 Siemens CEO Joe Kaeser told that the deals were signed Saturday after negotiations with President Abdel-Fattah el-Sissi, “who drove a hard bargain.”

“It will create 1,000 jobs and we’re ready to start as soon as possible,” he said. “We’ve been doing business here for over 110 years so we’ve seen crisis come and go… It’s not about (us) coming and going.”

He said the package included binding agreements worth about $4.6 billion ($4.4 billion euros). They include a new 4.4-gigawatt power plant in southern Egypt, a project to generate 2 gigawatts of wind power and a new wind rotor blade factory. The other agreements were memorandums of understanding to build other plants and substations over the coming five years.

The conference, in the Red Sea resort of Sharm el-Sheikh, kicked off its second day with business leaders from around the world reaffirming their commitments, lauding the government’s leadership and describing Egypt as an attractive investment location despite persistent small-scale attacks the government blames on Islamic militants.

General Electric and Italian petroleum company Eni were among several companies to also announce preliminary agreements. Egypt’s oil ministry said in a statement that the Eni deal was worth an estimated $5 billion ($4.8 billion euros) and would develop oil and gas resources.