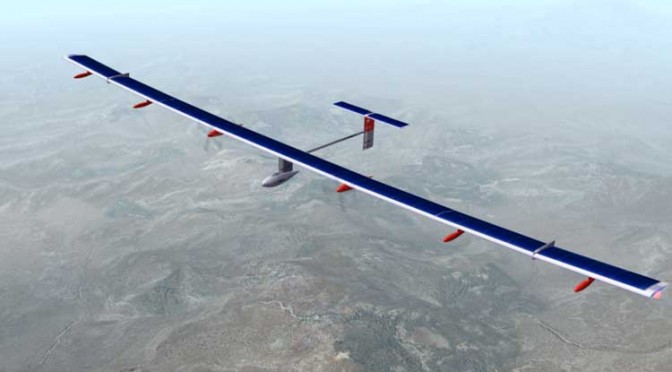 ABB, the leading power and automation technology company, is proud to accompany Solar Impulse and its crew on the first round-the-world flight in a plane powered only by energy from the sun. The airplane is scheduled to take off from Abu Dhabi tomorrow.

In 2014, ABB and Solar Impulse formed an innovation and technology alliance to advance a shared vision of reducing resource consumption and increasing the use of renewable energy.

“ABB is proud of its innovation and technology alliance with Solar Impulse, and to be accompanying the first round-the-world flight powered by the sun on its journey,” said ABB Chief Executive Officer Ulrich Spiesshofer. “ABB and Solar Impulse are passionate about pushing the boundaries of technology and innovation to achieve a better world.”

Three ABB engineers have been working with the Solar Impulse team, contributing expertise and experience. They have helped to improve power yields from the solar cells and enhance the charging electronics for the plane’s battery systems.

On the plane’s 35,000-kilometer route, pilots Bertrand Piccard and Andre Borschberg will take turns in the cockpit as the aircraft makes it way eastwards from Abu Dhabi, stopping in cities including Muscat, Oman; Ahmedabad and Varanasi in India; Mandalay in Myanmar; Chongqing and Nanjing in China; and Hawaii, Phoenix and New York in the United States, before crossing the Atlantic on its way back to Abu Dhabi, where it is expected to arrive in mid-2015.

The most challenging leg of the journey will be a non-stop flight of five days and nights across much of the Pacific Ocean from China to Hawaii. The plane, powered by 17,248 solar cells, will ascend to altitudes approaching 10,000 meters during the day while fully charging its batteries to stay aloft throughout the night.

As one of the world’s largest makers of transformers, electric motors and variable-speed drives, ABB and its products play a significant role in increasing power efficiency. For example, the installed base of ABB drives saved more than 445 terawatt-hours (TWh) of electricity in 2014, equal to the annual consumption of about 110 million European households.

As the world’s second-largest supplier of solar inverters and one of the largest suppliers to the wind-power industry, ABB is a leader in integrating renewables efficiently and reliably into power grids. ABB is helping to build the most-comprehensive electric vehicle fast-charging network in Europe and is supplying key equipment for the world’s largest network of fast chargers for electric cars in China.

“When we speak of clean technologies for the world, it is not a dream, it is real. ABB is bringing them on to the market, and has already saved the energy equivalent of millions of households,” said Piccard, the Swiss aviation pioneer who was part of the first team to circle the earth in a balloon in 1999.

Borschberg sees “technology changing much faster than we could ever have imagined.

Since 2010, Piccard, Solar Impulse’s chairman, and Borschberg, its chief executive officer, have combined to set eight international aviation records including for duration, altitude and distance flown as they crossed Europe, North Africa and the United States in a prototype plane powered only by energy from the sun.

ABB is a leader in power and automation technologies that enable utility, industry, and transport and infrastructure customers to improve their performance while lowering environmental impact. The ABB Group of companies operates in roughly 100 countries and employs about 140,000 people worldwide.