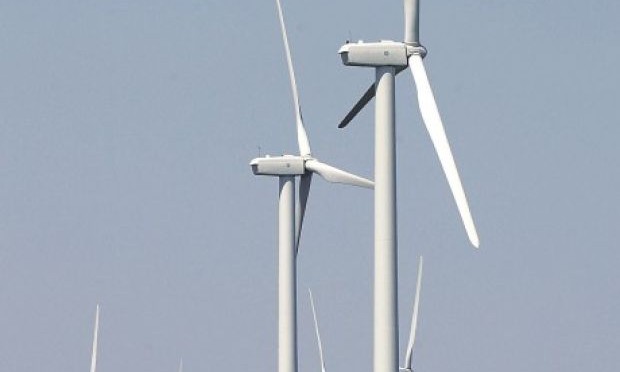 According to the Iowa Wind Energy Association, landowners in Iowa get about $16 million a year in lease payments and there are around 3,200 utility scale wind turbines in operation across the state.

Nearly $10 billion has been invested into Iowa wind energy facilities and farms. That number is set to double in the next five years according to the Iowa Wind Energy Association, who also say 75 percent of Iowa is good for wind energy development. Bu turbines could also be good for Iowa farmers.

Takle has been researching how turbines affect fields and found there is measurable influences on climate and wind turbulence, “One of the effects of turbines is they stir the air, so the crop, the corn canopy itself is drawing down the carbon dioxide level in that part of the atmosphere so within the crop it’s getting lower and lower, so the extra turbulence brings down this higher CO2 air from above and promoting more photosynthesis within the crop during the daytime period. So it’s a good thing and it looks like the turbines from our measurements are actually having a beneficial effect.”

Takle says other benefits of turbines are increase nighttime temperatures, decreased daytime temperatures, and enhanced evaporation. However, a negative includes increased respiration, but he maintains the positive effects outweigh negatives.

And farmers like to be involved with wind energy on their land according to Takle, “Wind turbines represent an alternative income stream for farmers. Farmers are in a very volatile economy, there’s up years, there’s down years. The turbines provide the same lease amount every year. So it provides some stable income, which is often valued by farmers. They don’t take very much land out of production and from what we’ve shown, they don’t have any negative impact on their farming operation. Possibly even a positive impact.”

According to the Office of Energy Efficiency and Renewable Energy, by 2030, lease payments will generate well over $600 million for landowners in rural areas in the U.S.