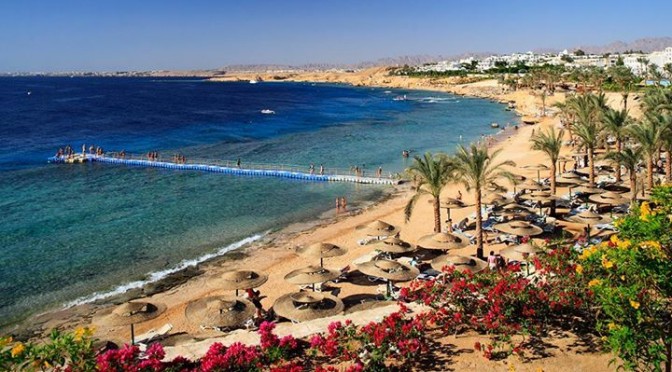 Egypt aims to build solar power plants and wind energy facilities within the next three years, with a total capacity of 4,300 megawatts.

Khaled Fouda, the governor of South Sinai, where the resort city lies said on Tuesday that the shift will be completed within three months, according to a statement released by the cabinet.

Sharm el-Sheikh is one of tourists’ favourite spots in the country and is where the Egyptian government will be a hosting a major investment summit from March 13 – 15.

Egypt hopes that the conference will bring investments needed to revamp its economy, which has been hit hard by political instability. So far 60 countries said they are taking part in the conference, according to the Egyptian Foreign Ministry.

Fouda made the statements during a meeting with Prime Minister Ibrahim Mehleb, in which they discussed preparations ahead of the conference.

The governor told Egypt’s premier that the governorate is concluding work on landscaping and planting greenery as well as the “security of facilities”. Fouda added that surveillance cameras are being installed across the city.

While the vast majority of militant attacks in Egypt over the past 20 months have been in the Sinai Peninsula, they have mostly been in the northern part, whereas the south has rarely seen attacks.

The shift towards solar energy comes in line with government policies to diversify sources of energy, amid an energy crisis Egypt has been facing for years.