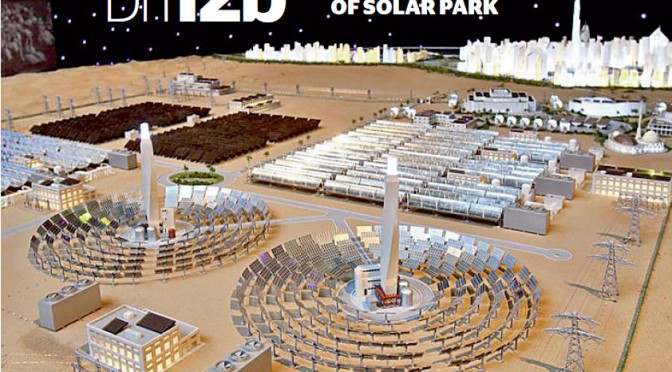 The UAE aims to achieve a balance between development and the environment, and protect the rights of future generations to enjoy a clean, healthy and safe environment. 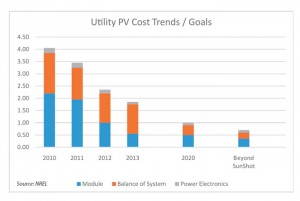 The nation, under the leadership of the President, His Highness Shaikh Khalifa bin Zayed Al Nahyan, and His Highness Shaikh Mohammed bin Rashid Al Maktoum, Vice-President and Prime Minister of the UAE and Ruler of Dubai, gives great importance to diversifying the energy mix.

The UAE’s green vision recognises that alternative energy is the energy of the future. Led by initiatives such as Masdar City in Abu Dhabi and the Mohammed bin Rashid Al Maktoum Solar Park in Dubai, the UAE continues to build renewable energy projects for the benefit of future generations. These projects set the ground for providing sustainable and clean energy for generations to come.

These mega projects produce energy from renewable sources in the UAE, and will contribute in the long-term to the protection of the environment and its natural resources. The next generation will appreciate these efforts as we appreciate the efforts of our ancestors who paid great attention to conserving the environment while fostering development.

The late Shaikh Zayed bin Sultan Al Nahyan, the founding father of the UAE, placed great emphasis on environmental sustainability for the benefit of future generations. He observed: “Our forefathers lived and survived in this environment. They were able to do so because they recognised the need to conserve it, to take from it only what they needed to live, and to preserve it for succeeding generations.”

The Dubai Electricity and Water Authority, or Dewa, not only provides electricity and water services to its customers with the highest levels of efficiency, reliability and excellence, but places considerable attention to environmental sustainability and diversification of the energy mix to include renewable and clean energy.

The Dewa’s efforts in this field supports the long-term national Green Economy for Sustainable Development initiative, launched by Shaikh Mohammed, to establish the UAE as a world leader in the green economy and a centre for the export and re-export of green products and technologies.

They also support UAE Vision 2021 to make the UAE one of the leading countries in green economy, protect the environment and ensure a sustainable economic growth in the long term. The Dewa’s initiatives support Dubai Plan 2021 for Dubai to be a smart, integrated, connected city that sustainably manages its resources and has a clean, healthy and sustainable environment.

The Dewa’s efforts also support Dubai Integrated Energy Strategy 2030, launched by the Dubai Supreme Council of Energy, to diversify Dubai’s energy mix and reduce energy demand by 30 per cent by 2030.

Dubai Integrated Energy Strategy 2030 had initially set the percentage of renewable energy in Dubai’s energy mix to be one per cent by 2020 and five per cent by 2030.

But, as always, the Dewa derives its vision from Dubai and is inspired by the strategy of its leadership, it is on the right path to double these percentages many times.

At the World Future Energy Summit 2015 last month, Saeed Mohammed Al Tayer, managing director and chief executive officer of the Dewa, announced that he had increased the percentage of renewable energy in Dubai’s energy mix to seven per cent by 2020 and 15 per cent by 2030. The Dewa also announced a new project based on the independent power producer, or IPP, model to generate 500MW using photovoltaic panels in 2016.

The Mohammed bin Rashid Al Maktoum Solar Park is one of the largest renewable energy projects in the region. With a planned total cost of Dh12 billion, the Solar Park will produce 2,600MW of electricity when completed in 2030, after increasing the percentage of renewable energy in Dubai’s energy mix.

Shaikh Mohammed launched the 13MW first phase of the Solar Park on October 22, 2013. The project is run and managed by the Dewa. On the same day, phase two to produce 100MW was announced.

Last month, the Dewa doubled the capacity of phase two of the Mohammed bin Rashid Al Maktoum Solar Park from 100MW to 200MW, which is based on the IPP model. The consortium led by Saudi Arabia’s Acwa and Spain’s TSK was selected as a preferred bidder with the lowest price. The project, based on the IPP model, will reduce carbon emissions by 250,000 tonnes a year.

The price the Dewa managed to get for phase two of the Mohammed bin Rashid Al Maktoum Solar Park has set a new world record in photovoltaic power projects. The price to produce 200MW of electricity is 5.85 US cents per kWh based on the IPP model.

The Dewa has succeeded in getting the lowest price globally, because of the confidence in the Dewa and Dubai, and the legislations that protect the rights of all parties. This step will lead to more investments in renewable energy in Dubai, the region and the world.

To support the Smart Dubai initiative launched by Shaikh Mohammed to transform Dubai into the smartest city in the world, the Dewa has launched three initiatives to contribute to realising this vision to manage all the city’s facilities through smart and connected systems that improve service quality.

“This resolution underlines Dubai’s leadership in renewable and clean energy. It regulates installing photovoltaic panels to produce electricity in buildings and connect it with the Dewa’s grid,” said Al Tayer.