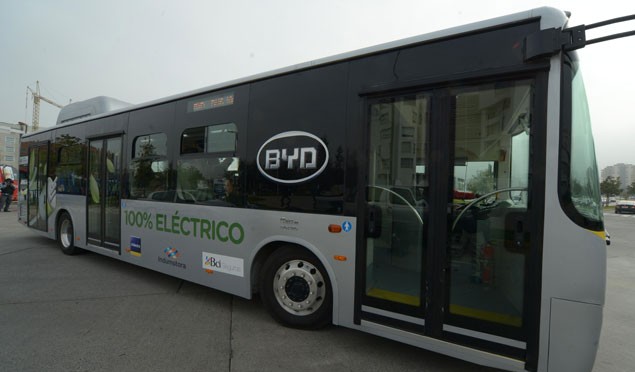 A new report from Navigant Research analyzes the global market for commercial vehicles that use electric drive vehicle technology, including global market forecasts for sales and the number of vehicles in use, segmented by country, drivetrain, and liquid fuel, through 2023.

All electric power for commercial vehicles has always been a challenge, because of the sheer size of the battery packs required to store and deliver enough energy to drive heavy vehicles over practical distances.  As battery technology improves, though, electric hybrid vehicles are now gaining traction in commercial applications where the technology offers significant benefits for drive cycles that involve a lot of city driving in stop-start traffic.

According to a new report from Navigant Research, worldwide sales of electric drive and electric-assisted commercial vehicles are expected to grow from less than 16,000 in 2014 to nearly 160,000 in 2023.

“Overall, we expect diesel hybrid drive to remain the most popular of the electrically assisted medium- and heavy-duty vehicle powertrains for the whole of the forecast period,” says David Alexander, senior research analyst with Navigant Research.  “Battery-electric commercial vehicles will also see growth in demand within urban fleets that average low daily mileage.”

Global penetration of electric-drive trucks and buses is anticipated to remain low, according to the report, increasing from 0.4% in 2014 to 2.9% in 2023.  The highest penetration levels will occur in regions with dense urban conglomerations where governments are taking steps to reduce emissions of greenhouse gases from city traffic.  The highest sales penetration rate for a country is expected to be in Japan, where it is forecast to reach 21.2% by 2023.

The report, “Electric Drive Trucks and Buses,” analyzes the global market for commercial vehicles that use electric drive vehicle technology in three main segments: hybrid electric vehicles (HEVs), plug-in hybrid electric vehicles (PHEVs), and battery electric vehicles (BEVs). Forecasts for the two hybrid segments fueled partly by petroleum derivatives (PHEVs and HEVs) are broken out by region and by fuel: gasoline or diesel. Global market forecasts for sales and the number of vehicles in use, segmented by country, drivetrain, and liquid fuel, extend through 2023.  An Executive Summary of the report is available for free download on the Navigant Research website.