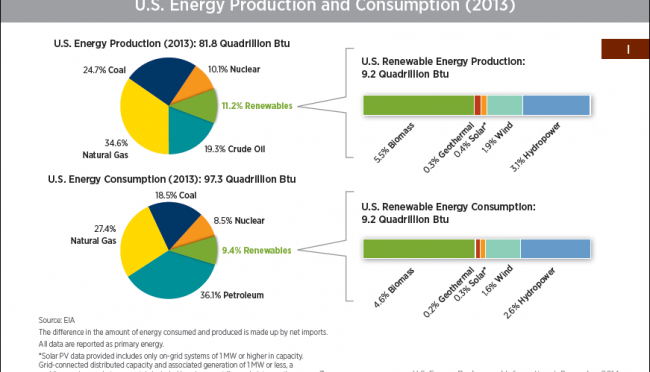 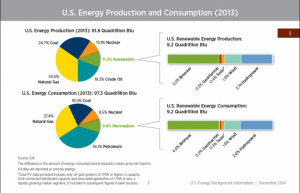 The Data Book is produced and published annually by the National Renewable Energy Laboratory (NREL) on behalf of the Energy Department’s Office of Energy Efficiency and Renewable Energy.

“The 2013 Renewable Energy Data Book is an important resource for policymakers, analysts, and investors worldwide,” NREL Energy Analyst Sean Esterly said. “Renewable energy trends are displayed in an accessible format for a variety of audiences.” 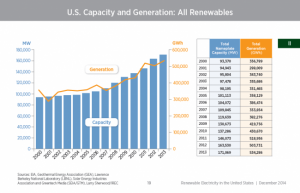 Renewable electricity accounted for more than 61 percent of all new U.S. generation capacity additions in 2013. That compares to just 4 percent in 2004 and 57 percent in 2008.

Renewable electricity from biomass, geothermal and hydro power remained stable from 2000 to 2013, according to report. Combined, electricity generation capacity from these sources rose over 9 percent over the period.