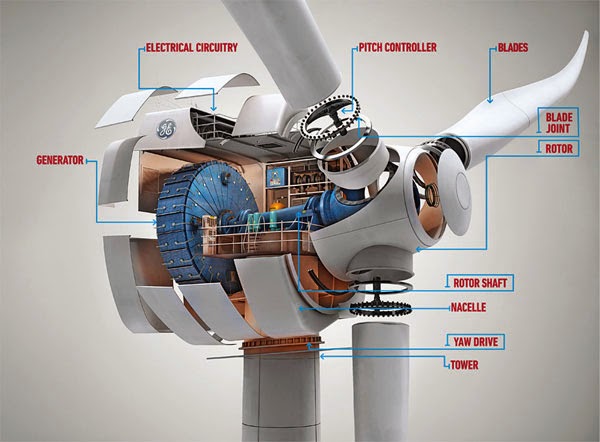 GE (NYSE: GE) today announced it will supply one of the world’s largest power generation companies—China’s Huaneng Corporation—with 55 units of GE 2.75-120 brilliant wind turbines, to be installed at the Huaneng Dali Longquan wind project in the Yunnan province of China. The project will provide 151 MW of power, making it GE’s largest wind order in China to date. The deal also includes a service agreement for two years of operations and maintenance.

“We chose GE based on its proven reliability in other parts of the world, and the technology behind GE’s 2.75-120 wind turbine is well-suited for our local land constraints and the high-altitude project site,” said Lin Gang, president of Huaneng Renewables. “We are excited to collaborate with GE to bring more renewable energy to China.”

According to the Global Wind Energy Council, China added more than 16 gigawatts (GW) of wind power in 2013, accounting for more than 45 percent of the world’s total wind energy installations. The country aims to increase its installations to 150 GW of total wind capacity by the end of 2017 as a step toward a larger target of producing at least fifteen percent of overall energy output from renewable sources by 2020.

“China has huge potential for wind energy, and we are excited to help customers like Huaneng expand their renewable energy presence,” said Anne McEntee, president and CEO of GE’s renewable energy business. “Our goal is to invest in the kind of renewable technology that will bring high-quality, reliable power to the region for many years to come, and the 2.75-120 is a great example of exactly that.”

The 2.75-120 is part of GE’s brilliant wind turbine platform and utilizes the power of the Industrial Internet to analyze tens of thousands of data points every second, driving higher output, improving services productivity and creating new revenue streams for customers.