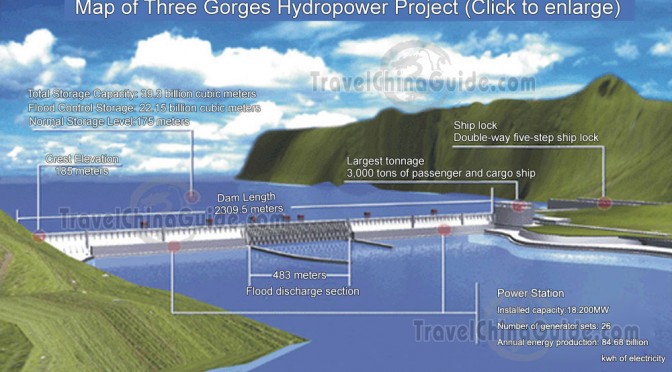 The output is a historical high and more than twice the electricity demand of Beijing, the company said in a press release. Beijing city’s electricity consumption in 2013 stood at 91.3 billion kwh.

The company said it has maintained a good balance this year between power generation and other functions, such as flood control, navigation, drought relief and water supply.

With a series of new generators put into operation this year, the project’s total installed power generation capacity has topped 50 million kilowatts of clean energy including hydropower, wind power and solar energy, the company said.

STGC chairman Lu Chun said that the company wants to double its generation capacity to more than 100 million kw by 2020, which will make the company the world’s top producer of clean energy.

The Three Gorges project is a multi-functional water control system consisting of a huge dam, a five-tier ship lock and 26 hydropower generators.