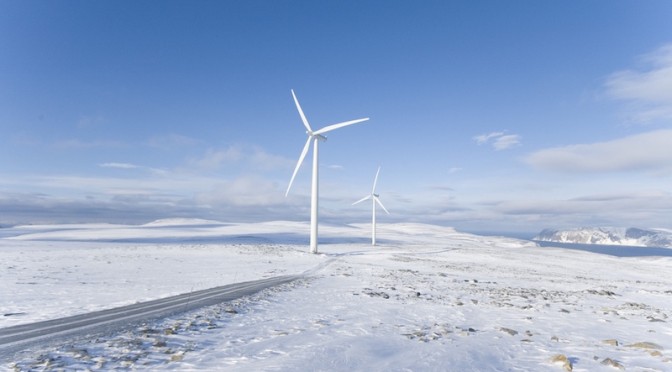 The Government’s proposal to bolster Statkraft SF’s equity by NOK 5 billion was adopted by the Norwegian Parliament on 11 December 2014. The Ministry of Trade, Industry and Fisheries will also reduce its overall dividend from Statkraft by NOK 5 billion over the 2016-2018 period.

With an equity increase totalling NOK 10 billion, Statkraft will be able to acquire more capital in the market and make investments totalling approx. NOK 60 billion. Statkraft has established a strategy that calls for major investments in renewable energy in Norway, Europe and emerging markets in Asia and South America.

The demand for energy is entirely different in mature markets and emerging markets. The world is split in two; emerging economies are experiencing strong growth, while Europe’s demand for power has plateaued.

“Statkraft has a long-term ambition to grow as an international company within clean energy. In addition to implementing the investment decisions we have made, we are working on concrete projects in all countries where we operate. The projects are primarily within hydropower and wind power, but we are also exploring opportunities within solar energy and biomass,” says CEO Christian Rynning-Tønnesen.

2015 will see the opening of hydropower plants Kargi in Turkey and Cheves in Peru.

Kargi, which is being built in the Corum province in northern Turkey, will have an installed capacity of 102 MW and will be able to supply electricity to 150 000 households. Cheves is located in the Peruvian Andes and will have a capacity of 168 MW. It will be able to supply 840 GWh of clean hydropower per year, which will replace fossil fuel-burning thermal power plants.

Cheves is a UN-approved project under the Clean Development Mechanism (CDM) which will be able to reduce Peru’s greenhouse gas emissions by 394 000 tonnes per year.

A major wind power project is being planned in Norway. The Fosen/Snillfjord project may be one of the largest ever investments in mainland Norway.

Statkraft’s goal is to make an investment decision for the Fosen/Snillfjord project during the course of 2015, and we are currently working hard with our partners in Fosen Vind AS to prepare the necessary documentation for such a decision.

Statkraft is currently the fifth-largest power producer in Peru and has big plans for the future. In 2015, Statkraft will decide whether it will continue with the Rapay hydropower project. This project is divided into two phases, and could yield a total of 162 MW of new hydropower.

There are also plans in place for further growth in India and Brazil. Statkraft is working with Tata Power on plans to develop the 420-MW hydropower project Dugar in the Indian state of Himachal Pradesh. In Brazil, Statkraft is working to develop its activities within hydropower and wind power. Market operations are also an important part of further efforts in both countries.

Since 2010, Statkraft has invested more than NOK 27 billion in renewable energy. Statkraft has invested several billion in upgrades and maintenance of hydropower plants in Norway, including the Nedre Røssåga, Eiriksdal and Makkoren power plants. The brand new Kjensvatn power plant was built in Nordland County. Major developments have taken place within international hydropower, including the Cetin, Devoll and Bajo Frio hydropower projects. Substantial acquisitions have also taken place, such as the acquisition of Brazilian companies Enerpar and Desenvix.

Since 2010, investment decisions have been made for the construction of multiple land-based windfarms in Sweden and the UK, as well as the Dudgeon offshore wind farm in the North Sea. Statkraft has also developed projects within district heating and small-scale power in Norway.