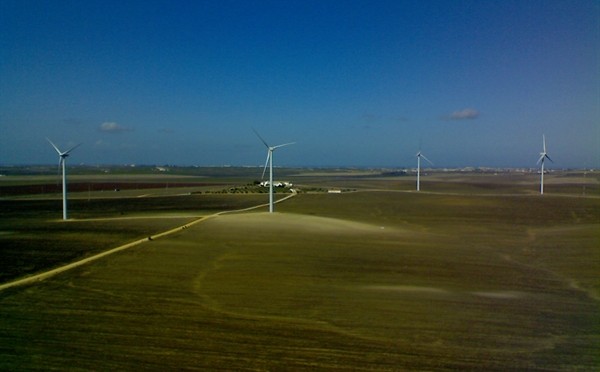 A member of the World Bank Group was backing a wind power project in Panama that will be able to satisfy 5 percent of the country’s energy demands.

The International Finance Corp. announced the completion of a $300 million finance package for the Penonome wind farm, which will become the largest wind farm in Central America once it’s completed.

The 86 wind turbines for the project should generate more than 450 gigawatt hours of electricity per year, supplying about 5 percent of the Panamanian energy needs.

“The project is aligned with IFC’s strategy to support initiatives that help Central American countries transition to a cleaner and more efficient energy matrix,” Gabriel Goldschmidt, IFC head for infrastructure in Latin America and the Caribbean, said in a Tuesday statement.

The announcement comes amid warnings of the climate effects brought on by the dependence on fossil fuels. In a September report, the World Meteorological Organization said the burning of fossil fuels was in part responsible for the increase in radiative forcing — the warming effect on the climate.

The IFC said the Panamanian wind farm would offset about 400,000 tons of carbon dioxide, a potent greenhouse gas, each year, which is the equivalent of taking 84,000 cars off the road.

Panama is among the fastest growing economies in the region, with energy demand expected to increase by as much as 8 percent annually. The bank said it expects Panama will need about $3 billion in investments over the next decade to keep pace with energy demands.