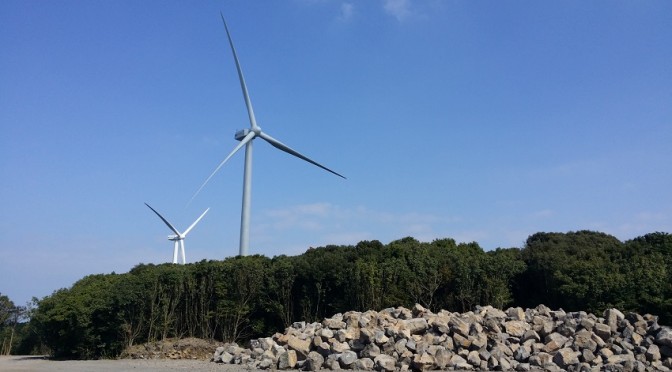 Alstom has been awarded a contract by DaeMyoung Energy Corporation, subsidiary company of DaeMyoung GEC, a large engineering and construction services company in South Korea to provide wind turbines for Gowon wind farm.

The wind farm is located in Gangwon province approximately 170km east of Seoul. Alstom will supply and supervise the installation and commissioning of 6 units of the ECO 110 Wind Turbines with 90m towers, each with an output of 3MW. When operational, the wind farm will have a capacity of 18MW.

The ECO 110 is equipped with Alstom pure Torque technology which protects the transmission chain by diverting unwanted stresses from the wind to the turbine’s tower and thereby optimising performance. Exclusively developed by Alstom and deployed throughout its entire range of wind turbines, this technology increases the reliability and durability of each turbine. In addition, the nacelle’s specific design made up of three independent elements and of large dimensions, facilitates maintenance operations and safety inside of the machine.

The Gowon wind farm, the second secured by Alstom in Korea this year , will be fully operational by the end of 2015 and is set to support Korea’s aim to have renewable energy account for 20% of total electricity generated by 2020. With a population exceeding 50 million and limited domestic energy sources, coupled with huge demand, South Korea relies on imported sources for 96% of its energy supply.

“We are pleased to be a part of Korea’s dedication to increasing its renewable energy footprint.  This opportunity is significant as it will represent our continued presence for Wind Power in Korea and also working with our important customer Eurus Energy.” said Yves Rannou, Senior Vice President, Wind.

Alstom has been present in South Korea for over 45 years having supplied to over 34% of hydro plants as well as the first TGV export systems solution in the KTX Project and the first High Voltage Direct Current link between Haenam and Jeju, among others. Alstom is currently supplying wind turbines to Gimnyeong wind farm.