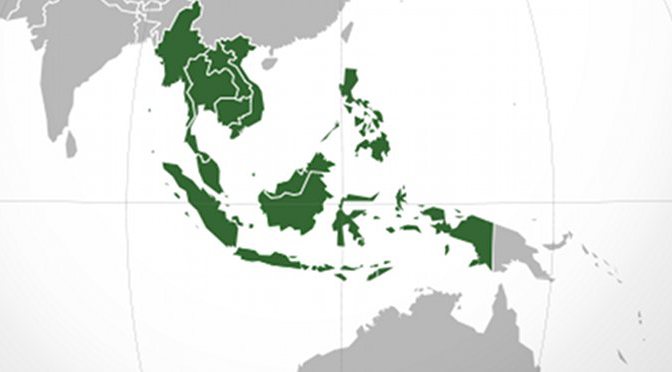 Asia-Pacific Economic Cooperation (APEC) members plan to double the share of renewable energy in the region’s energy mix within 15 years, according to the APEC Energy Working Group.

APEC energy officials agreed to advance a number of measures on renewable energy at the week-long 48th meeting of the Energy Working Group.

Papua New Guinea’s (PNG) Petroleum and Energy Minister, Nixon Duban, underscored renewables as a necessary component to meeting the region’s rising energy demand. According to APEC, its member economies account for 55% of global energy production and 60% of total energy consumption.

Phyllis Genther-Yoshida, Lead Shepherd of the APEC Energy Working Group and US Department of Energy Deputy Assistant Secretary, emphasized the Group is working to make renewables the “cornerstone” of energy development and highlighted renewables’ role in mitigating the environmental effects of rapid economic development.

APEC is also working to reducing tariffs on 54 environmental goods, including many renewable energy products or components, such as solar panels and wind turbines. Other actions include: working toward standardization for mainstreaming the application of renewable energy technologies; preparing a gap assessment; technical cooperation on solar photovoltaic (PV) rooftop installation; and supporting low-carbon heating system development and renewable energy grid integration.

During the meeting, officials adopted a definition of what constitutes doubling of renewable energy, agreeing to include hydroelectricity in the definition. Officials agreed to exclude traditional biomass, such as agricultural by-products and woodfuel.

With its white sand beaches and growing tourism development, city planners in Da Nang, Viet Nam are working on an innovative system of electric motorbikes and charging facilities as well as power generation from kitchen waste as part of an initiative to become a low carbon town.

Funded by a multi-year project under the APEC Energy Working Group, experts developed a low carbon feasibility study for Da Nang in 2013 which includes a set of carbon dioxide emission reduction targets and six initiatives—such as renewable energy and public transit systems—to achieve these emission targets by 2030.

The firm that conducted the feasibility study, NEWJEC Inc., analysed some of the unique challenges and opportunities for Da Nang.

“The innovative low carbon plan offers both an efficient and environmentally-friendly way to respond to these growing infrastructure needs,” added Mr Igarashi.

Essentially, Da Nang can leapfrog conventional fossil fuel methods and instead install green technologies such as biogas power generation of waste. At the same time, these less polluting alternatives and added amenities will also enhance Da Nang’s attractiveness as a tourism destination and contribute to increased quality of life and economic development for its residents.

Da Nang is not the only town in the Asia-Pacific region to follow this innovative path. Samui Island, Thailand, is another popular tourism destination that has also developed its own low carbon feasibility study and development plan, funded by the APEC project in 2011-2012.

“Yet the island has abundant resources that could be harnessed for renewable energy such as solar, wind and hydro power,” added Dr Twarath. “Our plan is to leverage these natural resources to develop a more sustainable tourism destination.”

With about 1 million tourists per year and more than 400 hotels, current transportation infrastructure consumes around 40 per cent of total energy on Samui while hotels and other buildings constitute around 60 per cent of energy consumption.

“Samui Island’s plan calls for carbon emission reduction targets of 20 per cent by 2020 and 40 per cent by 2030, if low carbon measures are successfully implemented,” said Dr Twarath.

Total carbon dioxide emissions in 2020 for Samui Island is projected to be 509,299 tons annually. However, the feasibility study recommends energy efficient and renewable energy initiatives that will result in reducing carbon emissions by 182,544 tons per year in 2020.

To put this in perspective, a typical passenger vehicle emits about 5.1 metric tons of carbon dioxide per year. As a result, reaching this emission reduction in Samui Island would be equal to removing over 35,000 conventional passenger vehicles from the road.

“For example, the heat produced by waste incinerators is ejected into the atmosphere. Instead, heat recovery from the exhaust of these incinerators can be used to generate electricity. Developing a solid waste management system and improving existing incinerator plants are also being considered,” he added.

Samui Island has completed its low carbon feasibility study and baseline emissions targets, and is now moving into the second stage of implementation under the Department of Alternative Energy Development and Efficiency (DEDE) and supported by the Energy Conservation Fund of Thailand.

This includes detailed planning for developing the conceptual designs for the electric vehicle infrastructure, SMART grid, pilot green buildings, and a series of public awareness and education seminars.

“Aside from funding, the other key issue in making the low carbon town a reality is addressing behaviour change in the local community and tourists through awareness and education of the importance of an environmentally-friendly lifestyle and the benefits of energy efficiency,” said Mr Kamol.

Tianjin, China has also come a long way since its initial feasibility study funded by APEC in 2011. The plan involves building an entirely new green city Yujiapu and central business district on the outskirts of Tianjin.

Since then, the Tianjin Innovation Company, the developer tasked with the project and funded by the local and central government, has established a low carbon research institute and piloted energy efficient measures in the region.

As part of the implementation phase and next steps, Tianjin has also hired a contractor to help study the most efficient centralized district heating and cooling system combined with co-generation for commercial buildings. Tianjin has also been working on a business model for Mega-PV or solar panels on a large scale for high density urban areas as well as establishing guidelines for sustainable low carbon buildings.

“This new green city in Tianjin Yujiapu remains on track to be founded in 2020 with some groundwork beginning in 2014,” said Dr Shinji Yamamura, Executive General Manager, Nikken Sekkei Research Institute (NSRI), who is assisting Tianjin Yujiapu with the implementation phase.

“The initial stages of Tianjin Yujiapu have also helped promote the concept to other interested towns in China,” Dr Yamamura added.

The results and lessons learned from these three low carbon towns have also been compiled into a guidebook to be used by other interested towns in the Asia-Pacific region. For example, all three towns concluded that involvement of the community and key stakeholders during the planning stages are important for success.

“We are also currently developing an indicator system for the guidebook to evaluate and monitor the progress of low carbon towns which will help with implementing low carbon development plans,” said Mr Shinichi Kihara, Director of International Affairs Division, Agency for Natural Resources and Energy, Ministry of Economy, Trade and Industry (METI) in Japan, who is managing the multi-year APEC project.

The concept is now moving across the Pacific to San Borja, Peru, a residential district, the next APEC town to conduct a low carbon feasibility study.

“The intention of the APEC Low Carbon Model Town project is to provide real-life model towns that will be viewed as good examples of low carbon town development planning,” said Mr Kihara. “These towns will last for many decades and be open for anyone to see.”

“The towns themselves will be the enduring legacy of the project,” concluded Mr Kihara.