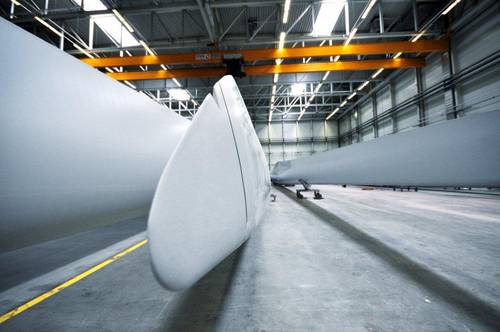 The European Union (EU) must regain its ability to compete on the renewable resources market, now that the climate debate has been greatly boosted by new key international deals, analysts at a recent forum here said.

“Europe powered up the ‘machine’ of renewable energy and green technologies at the global level, but now that machine is running fast and other actors, such as the U.S. and China, are in the driver’s seat,” Kyoto Club’s scientific director Gianni Silvestrini told Xinhua.

Silvestrini made his remarks during the QualEnergia Forum, which took place at the Ara Pacis auditorium in Rome from Nov. 26 to 28.

A prevalent notion among analysts suggested that, despite having played a leading role in promoting sustainable energy for decades, the EU now lacks a proactive strategy, especially considering the latest international developments.

As a result, Europe might fail to both play a key role in future global efforts against climate change, and to grasp the new opportunities these developments would likely present, experts warned.

The new landmark development experts were referring to was undoubtedly the signing of a climate change deal between the United States and China early in November.

The world’s two biggest economies announced ambitious goals and pledged joint efforts to tackle climate change in the next 15 years.

According to Legambiente president Vittorio Cogliati Dezza, that deal would reveal “what will happen in the next years, in which energy sectors to invest more in, and which technologies will be developed.” In short, it would show where the global competition would be strongest.

“What is more interesting for the EU, and for Italy, is that the Sino-U.S. deal launches a clear message to the rest of the world. It says: ‘Look, the global context has changed’,” Silvestrini said.

The EU has indeed performed well and taken steps forward on the issue, as data showed. The EU production of renewable energy in 2012 was 177.3 million tonnes of oil equivalent, which made up for a 22.3 percent share of total production from all resources, according to Eurostat statistical office.

A second binding target was increasing the share of renewable energy consumed by 27 percent, and a third, non-binding, aim was to improve energy efficiency by 27 percent.

Despite these commitments, experts suggested only a comprehensive “green” industrial policy would allow the EU to keep up with future challenges.

The same applied to Italy, Silvestrini pointed out.

“Italy has witnessed a tremendous growth of renewable energy sources in the last five to six years, especially of solar and wind energy,” he said.

Some 108 billion kilowatt-hours have been generated by these resources in 2013, more than double than in the last 50 years, Silvestrini added.

The use of renewable resources accounted for 12.7 percent of Italy’s gross energy consumption in 2012, above the 11 percent EU average, Eurostat data showed.

Italy also ranked third in the world after Germany and China in terms of solar photovoltaic power installed capacity in 2013, with a 15-fold increase compared to 2009, according to the Washington-based non-profit Earth Policy Institute.

However, this growth was mainly due to the efforts of the Italian manufacturing industry and society.

“Despite this boom in renewable energy production, Italy still lacks a strong domestic industrial policy in the field, which would be crucial to meet the new EU’s 2030 goals,” the researcher explained.

More importantly, neither Italy nor any other EU country would be able to stand the competition alone, and therein lies the future challenge.

“The priority now is to create synergy between EU partners and industrial sectors at the European level in order to keep pace with major players like the United States, China, or Brazil,” Silvestrini said.

Europe still has every chance of playing a prominent role in the global climate debate, but only if it regains its ability to compete in a “supranational logic,” he said.