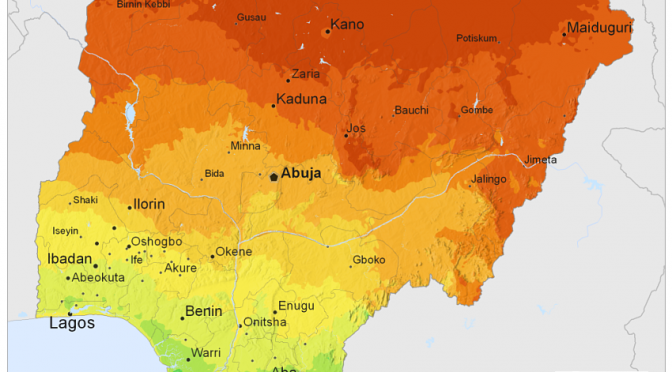 Promotion of renewable energy and energy efficiency in Nigeria will address the challenges.

Renewable energy are cleaner sources of energy, and therefore are sustainable forms of energy.

“Renewable energy can continuously be harvested because they are inexhaustible in supply and have been considered by most developing countries as an essential component of extending access to affordable energy.

About 7,200 megawatts of electricity will be generated from solar and other renewable energy sources come 2020, the Federal Government has said.

This is subject to the 40,000MW generation target set by the government for the same period.

The government expects the power generation to peak at 40,000MW by 2020, with more capacities from Mambilla, Zungeru large hydros, grid power from solar, wind and coal-to-power initiative.

It said 18 per cent of the nation’s power need would be generated from renewable energy sources.

This is contained in a document obtained from the Nigerian Electricity Regulatory Commission on Friday which was presented at the Nigeria Photovoltaic Energy Conference (Solarcon 2014) in Lagos.

The commission said this was in line with the government’s draft renewable energy master plan, providing for 18 per cent of the electricity installed capacity from renewable energy.

In the presentation titled, ‘Viability of solar energy based electricity grid – regulatory challenges and opportunities’, NERC said Nigeria had enormous solar energy potential but was not exploiting it in significant capacity.

According to the commission, electricity is a required input for economic growth and an indicator of the level of development of a country, adding that a successful economy would depend on secure, safe and efficient supply and the use of electricity.

It said, “Access to electricity in the rural area will reduce the rural-urban drift and enhance the development of the rural economy. Grid supplies are usually the cheapest option in areas with high load densities, as well as in areas near the grid. However, a number of challenges militate against grid-connected solar-energy- sources electricity supply.”

For grid power, it said high costs of installation and wiring provided by utilities were high, and large land area remained a requirement.

NERC said, “It cannot respond to automatic generation control signals from the control centre; and connecting small, isolated villages to a grid can be expensive because of the necessary investment in transmission lines, poles, transformers and other infrastructure.

Solar energy, it added, would be generated for productive use, as the nation would intensify efforts to increase the percentage of solar energy in the present energy mix.

Prof. Titilayo Kuku of the Department of Electronic and Electrical Engineering, Obafemi Awolowo University, Ile-Ife, said there was a high degree of correlation between the energy use, economic growth and the level of development.

Kuku said, “That Nigeria is currently facing an energy crisis is an understatement. With the current generated capacity of about 4,000MW for a population of about 170 million, with energy per capita of 30 Watts, the country is in dire straits regarding energy sufficiency with the attendant consequences on all developmental indicators of employment, growth, production, cost of production, security, general wellbeing, among others.