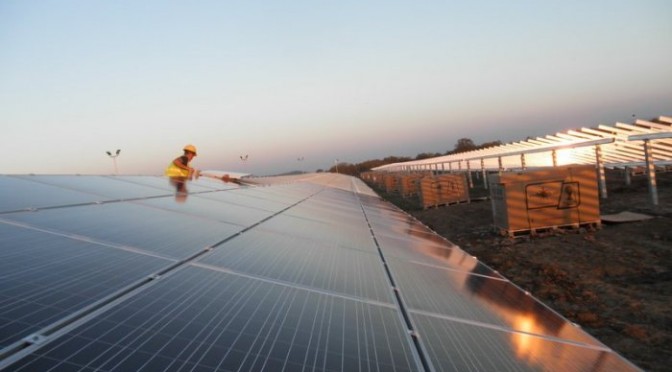 Renewable energy sources account for 21 percent of Serbia’s power production at the moment and that share will have to go up to 27 percent by 2020.

Serbia’s Minister of Mining and Energy Aleksandar Antic opened in Kladovo on Saturday the largest solar power plant in Serbia, owned by a Serbian company that invested EUR 3 million in it.

Along with the largest hydroelectric power station in the country, Djerdap, Kladovo now has the largest solar plant as well, making this eastern Serbian municipality a large electricity supplier, Antic stressed.

He commended Solaris Energy, the company that built the plant, for investing in renewable energy sources, adding that the new plant would be able to supply about half the power Kladovo needs during the warm and sunny months of summer.

“We continue our policy of subsidizing renewable energy sources and providing privileged supplier contracts for those who produce power from renewable sources,” he noted, adding that billions of euros of investments in wind energy are planned for then next few years.

The new solar power plant covers 4.5 ha of land in the village of Velesnica, near the town of Kladovo.

The photovoltaic solar panels themselves have 13,600 square meters. The plant’s total output is 2 MW, and its second block was opened on Saturday. Head and co-owner of Solaris Energy Milos Kostic said the investor would build two more blocks of 2 MW, which would cost another EUR 3 million. The construction of the first and second blocks involved a significant number of Serbian companies.