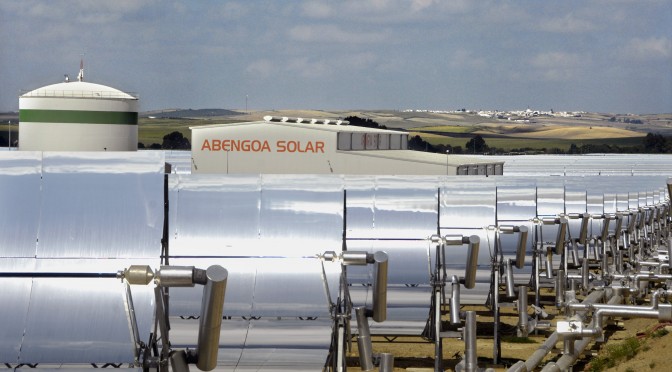 Abengoa, the major player in the Concentrated Solar Power (CSP) business, has provided a limited review report of its accounts for the first nine months of the year prepared by Deloitte. 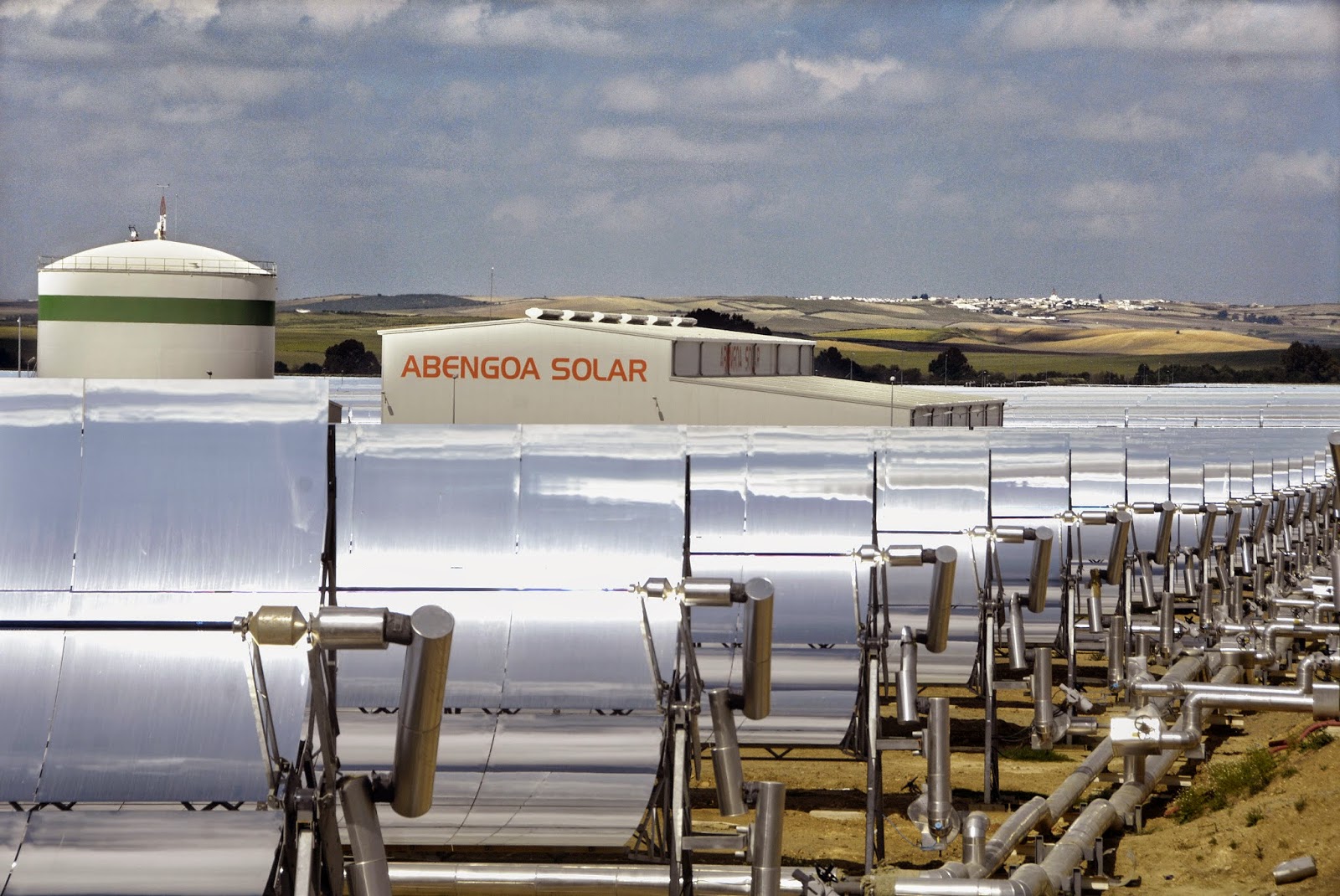 Abengoa, the major player in the CSP business has provided the Comisión Nacional del Mercado de Valores (CNMV) a limited review report of its accounts for the first nine months of the year prepared by Deloitte, as well as a call for Monday in which the CEO of the company, Manuel Sanchez Ortega will inform analysts and investors of the current situation.
The company has urgently undertaken this movement after strong falls in the stock market over the past two days. This Friday, Abengoa’s shares dropped more than 36% leading to a total fall of 49.17% this week. The record fall builds on confussing terms about debt.
According to Bloomberg, “Bondholders say they understood $630 million of high-yield notes in euros and dollars issued in September were so-called recourse debt, which allows creditors to seek claims directly from the company in case of default. The developer of solar thermal power plants said the notes were accounted for as non-recourse, which allows claims only on collateral assets, when it reported earnings this week”.
Fitch analysts have warned that, according to their calculations, the leverage of Abengoa is twice that said by Abengoa, and that the ‘green bonds’ should not be counted as “resources in the process” but as corporate debt, to be guaranteed by the corporation itself.
Deloitte noted in the accounting review recorded this morning in the CNMV that “at no time can be understood as an audit” and that its liability is limited to “express a conclusion” on financial statements that ultimately produces Abengoa.
The audit concluded that there is no evidence for believing that the accounts have not been prepared in accordance with international standards. However, it emphasizes that no all information required by a complete consolidated financial statements were provided.
In the audited accounts, the corporate net debt at the end of September amounted to 2375 million euros, more than double the gross operating profit (EBITDA), which stood at 1071 million euros.
Regardless of debt, Abengoa reports a “non-recourse financing” which stands at 7181 million euros of which 1592 million are “non-recourse in process,” a mode for which the company gives detailed explanations and that closing 2013 amounted to only 577 million euros.
This chapter includes $500 million US dollars from the issuance of green bonds through its subsidiary Abengoa Greenfield, which has been one of the elements of uncertainty that explain the strong fall in the stock market in recent days.
The company says the issuance of green bonds  has been to finance an aqueduct in Mexico of 238 million euros, a solar plant in Chile with 159 million, a cogeneration plant in Mexico of 184 million as well as other solar projects, desalination or bioenergy facilities.
Within this ‘non-recourse’ funding, “certain financing with corporate guarantee” is included, recognizes Abengoa, although it will target the “bridge financing” for “two or three years” to perform work during the early stages of launching projects .
The amortization would be made “with the proceeds from the financial closure of the corresponding non-recourse project” and if a “default risk” is identified, this would go to the “corporate financing” chapter.
Abengoa Chief Executive Manuel Sanchez Ortega told IFR on Thursday that the company’s accountants had signed off on the accounting. “This is not a lack of transparency. We explained everything openly,” he said.
http://www.helionoticias.es/noticia.php?id_not=1558
http://www.helioscsp.com/noticia.php?id_not=2777
http://www.evwind.com/2014/11/15/termosolar-abengoa-presenta-a-la-cnmv-una-revision-contable/
termosolar, Concentrated Solar Power, Concentrating Solar Power, CSP, Concentrated Solar Thermal Power, solar power, solar energy, Abengoa,