This performance was particularly driven by a substantial rise in business in the Americas, which more than doubled in volume.

Furthermore, Nordex boosted turbine assembly output by over seven percent to 1,076 MW (9M/2013: 1,002 MW), thus more than making up for the effects arising from the start of volume production of generation delta. 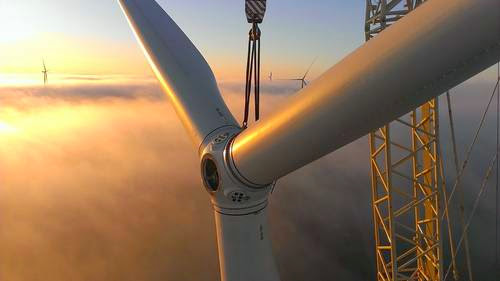 Consolidated operating earnings almost doubled to EUR 59.9 million in the first nine months of 2014 (previous year: EUR 31.0 million) and with a margin of 4.7% (previous year: 3.0%) were fully in line with the target range previously published. In the third quarter Nordex achieved an EBIT margin of 5.1%. This was chiefly due to economies of scale. Structural costs before depreciation and amortisation expense rose by 1.6% and thus more slowly than sales. Together with lower net finance expense, consolidated profit grew to EUR 28.0 million (previous year: EUR 5.3 million).

Group capacity utilisation is secured until well into 2015 due to an increase in order intake to EUR 1,253 million (previous year: EUR 1,186 million) and the high backlog of binding contracts. The book-to-bill ratio stood at a positive 1.1 points. The current order backlog has thus risen to EUR 1,354 million as of the reporting date (31 December 2013: EUR 1,259 million).

On the basis of the strong performance in the current year, the Management Board confirms that the outlook for the financial year 2014 is positive overall. Accordingly, sales are expected in a range of EUR 1.65 – 1.75 billion (previously EUR 1.5 – 1.6 billion). Nordex expects the EBIT margin to reach 4.5 – 5.0%, that is to say the top half of the previous target range. In addition, it wants to achieve at least balanced working capital (previously: < 5%) and positive free cash flow. Says Dr. Jürgen Zeschky, CEO of Nordex: “As expected, we have further improved important key performance figures in the course of the year and assume continued good performance in the fourth quarter.”