Peru plans to nearly close its gap in electrical coverage in rural regions by the end of the decade with a recently-awarded $28.5 million solar-energy contract, the government said on Wednesday.

Ergon Peru S.A.C., which beat one other bidder on the contract awarded on Friday, will install 500,000 solar panels across Peru and guarantee their operation for 15 years, said Energy and Mines Minister Eleodoro Mayorga. 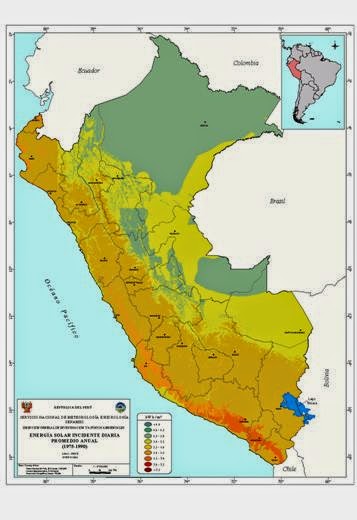 Only 70 percent of rural Peru is now connected to the electrical grid, compared to 90 percent nationally.

Mayorga said the photovoltaic panels will boost rural electrical coverage to 96 percent in five years – much faster than waiting for the grid to reach Peru’s far-flung provinces.

“This is a big leap forward,” Mayorga said at a press conference. “Our goal is for all Peruvians to have electricity by 2019.”

Next year Ergon will install at least 65,000 of the panels, followed by 125,000 in 2016 and the rest by the end of 2018, Mayorga said. They will be installed on rural homes for the most part, but will also be used by schools and health clinics.

Past government efforts to bring solar energy to poor provinces did not last as panels broke down, said Deputy Energy minister Edwin Quintanilla.

“That is why maintenance is so important,” said Quintanilla. “What is different here is we are guaranteeing the integral supply of electricity for 15 years through a private investment.”

Quintanilla said the company is responsible for fixing or replacing broken panels.

Peru’s mineral-rich rural regions are rife with disputes over environmental concerns and proceeds of mining projects. Peru is a top global producer of copper, silver and gold.

Despite a decade-long economic boom in Peru, poverty rates still top 50 percent in some rural areas, where basic services are often lacking.