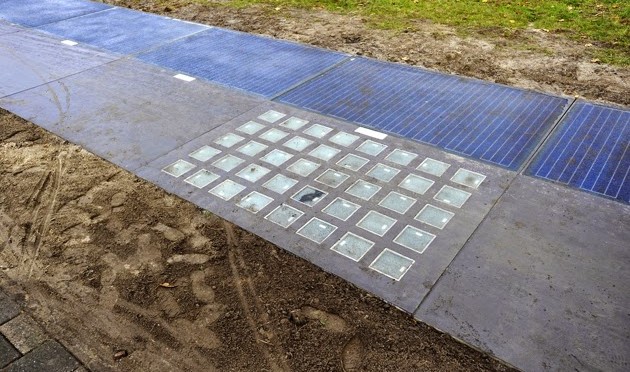 A project dubbed “SolaRoad” gets underway in the Netherlands this week, testing roadways as a potential canvas to collect solar energy. Fittingly for the cycle-crazy Dutch, the first SolaRoad is a bike path not far from Amsterdam. 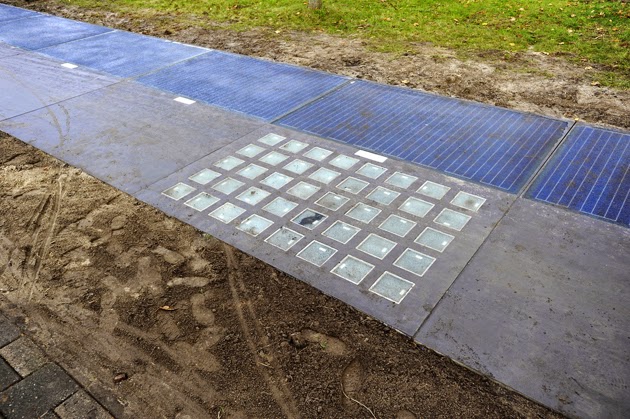 The path is built of massive, Lego-like modules of solar panels embedded in concrete, each with heavy-duty glass on top protecting them from wear. An additional rough translucent plastic coating ensures bikers don’t slip. 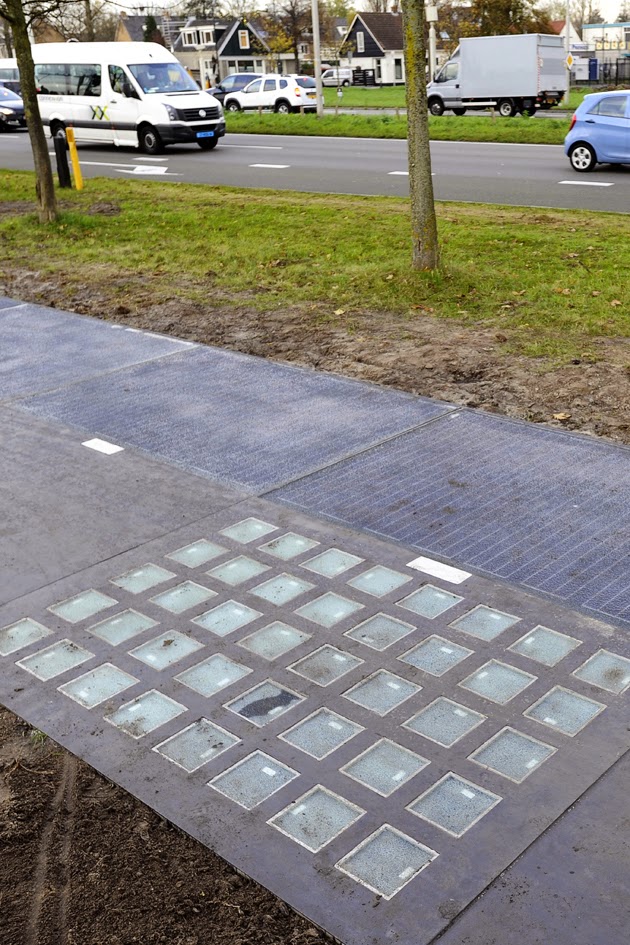 Sten de Wit of engineering firm TNO said Tuesday each square meter of road generates 50-70 kilowatt hours of energy per year. That’s about enough for the initial strip of 70 metres to supply power to one or two Dutch households.

The test in the town of Krommenie is slated to run three years and will cost $3.7 million, funded equally by the province of North Holland and a consortium of Dutch companies eager to commercialize solar roads.

Although using roads for solar power may seem inconvenient and costly, De Wit says it enjoys significant advantages. Most obviously, the potential generating area is all but unlimited: in the Netherlands there are 35,000 kilometres of designated bike path alone.

Unlike power plants, solar roads can be located near where people live, and they still wouldn’t take up land needed for other purposes. That’s crucial in the Netherlands, which is both one of the world’s most densely populated countries, and one of its most intensely farmed.

De Wit says despite the high costs of designing, building, installing and measuring performance of the first SolaRoad, successor projects may be profitable within a decade. As solar cells get ever-cheaper and more efficient, installation and maintenance are quickly becoming the most expensive part of solar power.

“Rooftop arrays have only a small surface area and each has to be connected to the (electric) grid individually,” he said. But “road is laid down by the kilometer” and each segment can be easily chained together and connected to the grid at strategic locations.

“That means you’ll have economies of scale,” he said. “You’ll be able to push down installation costs way down proportionately.”