Following the Government of Québec issuance of the decree authorizing the construction and operation of Mont-Rothery, EDF EN Canada Inc., a subsidiary of EDF Energies Nouvelles, today announced that the construction phase of the 74 megawatt (MW) Mont-Rothery wind project has commenced. 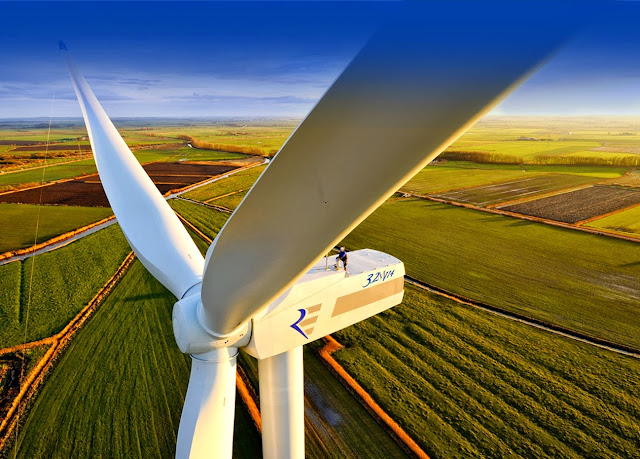 Mont-Rothery Wind Project, consisting of 37 wind turbines supplied by Senvion, is expected to be placed into service at the end of 2015. The wind farm will be located on public lands in the MRC of Haute-Gaspésie and MRC of Côte-de-Gaspé. Under the project, these MRCs will share a combined royalty payment of CAD $185,000 annually. Construction Energie Renouvelable has been selected as the contractor to implement the project.

“EDF EN Canada welcomes the decree authorizing the construction and operation of the Mont-Rothery Wind Project and offers a sincere thanks to the Government of Québec for its permission to proceed with this project,” said Al Kurzenhauser, Chief Operating Officer for EDF EN Canada. “With an investment of close to CAD $175 million, the project will create about 150 jobs during the construction phase, and seven permanent operation and maintenance jobs. We are proud to start this project and especially grateful to all of the stakeholders who contributed to achieving this milestone.”

“The wind industry has become in the last decade a key element for the energy industry in Quebec,” said the Minister of Energy and Natural Resources and Minister responsible for the Northern Plan, Pierre Arcand. “This development has allowed the emergence of a whole new sector of our economy. Mont-Rothery is a prime example of how wind projects benefit the regions and aboriginal communities where they are located.”

The Minister for Transport and the Implementation of the Maritime Strategy and deputy of Rivière-du-Loup-Témiscouate, Jean d’Amour adds, “The beginning of the construction of Mont-Rothery wind project is great news for Gaspésie. In addition to jobs created during construction, the MRC de La Haute-Gaspésie and Côte-de-Gaspé will benefit from significant additional annual revenue. As Minister responsible for this region I certainly welcome the construction of this important site.”

Mont-Rothery represents the final project of the seven awarded to EDF EN Canada in 2008 and 2010 through Hydro-Québec Distribution’s call for tenders to commence construction. The company portfolio of projects represents one gigawatt in Quebec. By the end of 2015, EDF EN Canada will have placed into service 1,374 MW of wind and solar in Canada and created employment opportunities for over 1,500 people in the development and construction phase. The wind energy facilities installed in Québec alone total an investment of over $2 billion.