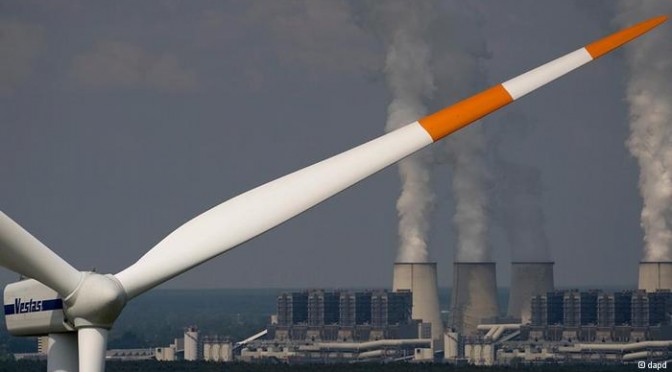 Denmark should ban coal use by 2025 to make the Nordic nation a leader in fighting global warming, adding to green measures ranging from wind energy to bicycle power, Denmark’s climate minister said on Saturday.

Denmark has already taken big steps to break reliance on high-polluting coal – wind turbines are set to generate more than half of all electricity by 2020 and 41 percent of people in Copenhagen cycle to work or school, higher than in Amsterdam.

“The cost (of phasing out coal) would not be significant,” Climate, Energy and Building Minister Helveg Petersen told Reuters of a proposal he made this week to bring forward a planned phase-out of all coal use to 2025 from 2030.

His ministry is studying details of how it would work before unveiling a formal plan. Denmark imports about 6 million tonnes a year of coal on world markets, currently from Russia, so a ban would coincidentally cut dependence on Moscow for energy.

The Danish Energy Association, representing energy firms, said a faster phase-out of coal would bring risks that wind turbines could not meet demand on calm days. Coal now generates about a third of Danish electricity.

“There will be a bill to pay,” said Anders Stouge, deputy head of the association. Petersen said that some coal-fired plants could shift to burning wood as a backup.

A report by the WWF conservation group said Denmark was a global leader on climate and energy. Kaisa Kosonen of Greenpeace said Denmark’s plans ultimately to phase out use of fossil fuels by 2050 “is the direction for all countries”.

Even though Denmark’s greenhouse gas emissions are falling sharply, however, the heavy dependence on coal means per capita emissions of 9.25 tonnes in 2012 were still above the European Union average of 8.98.

Copenhagen has won awards as the world’s greenest capital -glass trophies are on show in the mayor’s office in ornate City Hall to reward a cleanup that means, for instance, that people can swim in the formerly polluted harbor in summertime.

Mayor Frank Jensen said a shift from burning coal in homes and buildings was originally to encourage workers to live in the city, rather than commute and pay local taxes elsewhere.

Mayors had to create livable cities, he told Reuters. “You soon come to the green agenda because families want to have a green city,” he said. Copenhagen’s cycle lanes, for instance, have expanded to 350 kms (220 miles).

Other mayors often say they cannot match Copenhagen’s biking success because their cities are hillier than the flat Danish capital, he said. But they forget that it rains and snows a lot in Denmark.